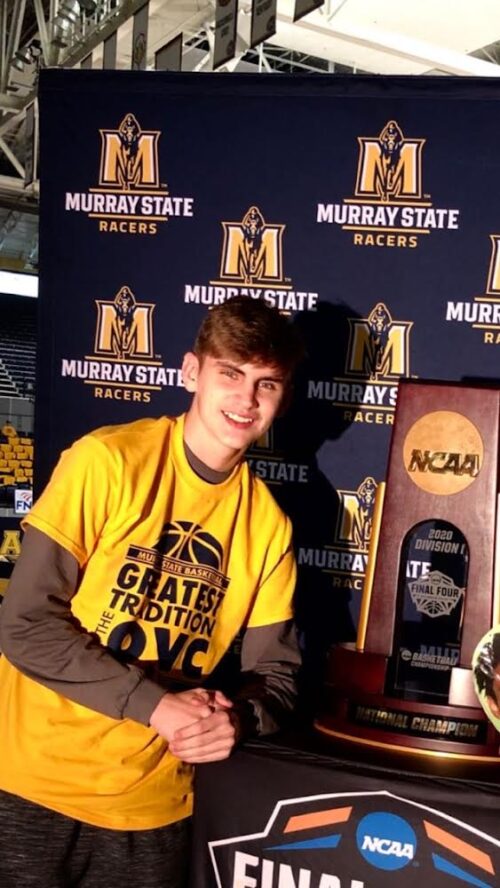 Schmidt said his passion for the sport started when he was young. After graduating from high school, Schmidt realized he liked sports analysis.

In his first year, Schmidt majored in computer science; However, that didn’t stop him from pursuing his career goal of sports reporting and analysis. Schmidt made the decision early on that he was not going to put aside his love for sports while in college. Instead, he decided to join his friend’s podcast called “The Penalty Box”. Jacob Fogle launched this podcast in 2019 to comment on different games and topics within the sports industry.

“I always thought it was cool that Jacob had a sports podcast,” Schmidt said. “So I thought, why not be a part of it and add something to the podcast that Jacob can’t – sports analysis and my own commentary.”

Schmidt made his first appearance on “The Penalty Box” in April 2020, where he realized he had found his passion for sports commentary. Not only did Schmidt love reporting and analysis, but he also realized that with this podcast there was a lot of publicity. Thanks to Schmidt’s debut on “The Penalty Box”, he changed his major from computer science to advertising with a minor in sports communication.

Within this major, Schmidt found his home at Wilson Hall where he was inspired by the faculty, particularly assistant professor of advertising Kenneth Kim. Schmidt has only had Kim as a teacher for two months, but Schmidt said he’s already having a significant impact on him as a person and future sports analyst.

“My first impression of Mason was that he is a polite, well-mannered person with a strong passion for journalism, media and communications,” Kim said.

Kim said he sees Schmidt as a potential for a future career in advertising.

“I see Mason being a great critical media writer,” Kim said. “In two months, Schmidt’s potential has already been seen by those who have had very little interaction with him.”

Schmidt said that “The Penalty Box” is a podcast that caters to a targeted audience of those who value unedited feedback, opinions and comments about sports. Schmidt plans to do whatever he can to develop the podcast as a whole and reach a wider audience. As long as it is sports, Schmidt plans to be a part of it.

Log on to listennote.com every week to follow Schmidt and his sports analyzes on “The Penalty Box”.