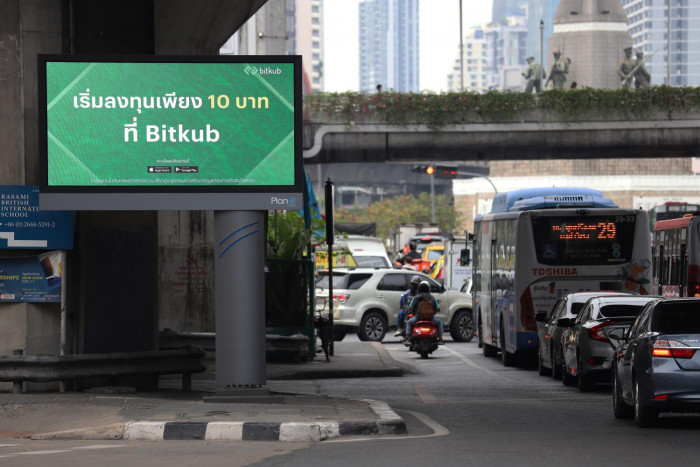 Digital exchange operators say they agree with some of the Securities and Exchange Commission’s (SEC) proposals to tighten regulations on cryptocurrency advertising, but will need more clarification as criteria for some problems are confusing.

The backlash followed the SEC’s announcement on Feb. 14 that it was convening a public hearing to seek views on its proposals to ban public cryptocurrency advertising and improve all criteria related to such advertising. The hearing is due to end on March 15.

According to the SEC statement, cryptocurrency advertising must not contain exaggerated, distorted, or misleading information. It should be clear, appropriate, and specify the risks associated with cryptocurrency investing in SEC-mandated text and font sizes, in addition to the advertised benefits.

The operator must monitor and supervise its advertising, the SEC said. Group companies that are not regulated by the SEC and those involved in advertising such as shareholders, directors, officers or other persons such as advertisers and influencers must also comply with the rules, said the regulator.

Peeradej Tanruangporn, chairman of the Thai Digital Asset Operators Trade Association (TDO) and managing director of Upbit Thailand, said he agreed with some points raised by the SEC, but some issues needed clarification.

For example, he said it was unclear whether online public spaces such as social media were included in the ban.

Peeradej said banning the advertising of executive owner faces is not possible and operators will need more clarity from the SEC on the scope of the ban.

Proud Limpongpan, chief marketing officer at Zipmex, said that compared to the criteria proposed by the SEC, regulations in Singapore and England are considerably stricter.

She said Zipmex has a lot of display badges and the company needs to determine if its ads will pass the SEC’s test.

The company has until March 15 to prepare and adjust its ads, Ms Proud said.

“While other criteria regarding the use of influencers and the public space are yet to be clarified, Zipmex has applied to the SEC and received confirmation that Bitcoin deposit and revenue advertising does not is more possible in public spaces,” she said.