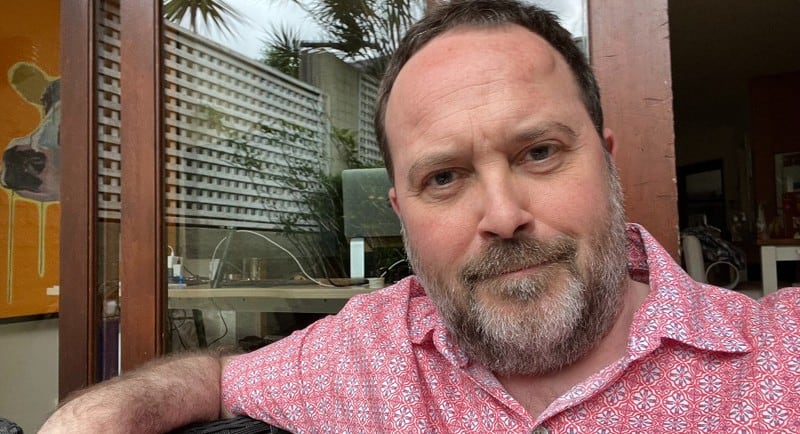 After starting out as a DJ in the UK, Phil Benedictus fell into media sales after moving to Australia in 2001, where he found his calling in the industry.

Benedictus spoke to Media week on how the agency grew up, his ethical philosophy, the post-pandemic business, and the surprising way his background as a DJ helped the agency land a client.

Benedictus moved from the UK to Australia in 2001 and fell into media sales, particularly in print. He said he was shocked at how little big agencies cared about their clients compared to smaller agencies who got better deals.

In 2004, he and Lawrence Smith co-founded Benedictus Smith. The business partners eventually parted ways, and he established his full-service digital agency, Benedictus Media, in 2007.

Benedictus said he created his agency to provide transparent and lower rates, alongside clients doing something positive for the world after a “lightbulb moment” in collaboration with the founder of Republic of Everyone. Ben Peacock on a campaign for the International Fund for Animal Welfare.

The campaign succeeded in persuading the new Rudd government to take action to stop Japanese whalers from hunting in the Southern Ocean, which led to a legal challenge.

“That’s what opened my eyes to haram advertising to do more than just sell widgets,” he said.

As CEO and founder of the agency, Benedictus is involved in identifying audience research, business development and day-to-day management of the business alongside the Head of Digital. Joshua Marais and group commercial director Nathalie Sideroudakis.

Long-time clients of the agency include charities, The Benevolent Society and GetUp!, a group of progressive political activists. It was by working alongside the political formation that they got to know the Greens, whose media they bought for almost ten years.

Rockstar Games was also a founding client of Benedictus Media in 2007. He explained that the video game company saw the agency and himself as a good candidate for their brand, thanks to his experience as a DJ, sound engineer and record producer.

Benedictus Media and Rockstar Games worked together until 2014, the agency then worked with Bethesda Softworks the same year.

The agency’s most recent clients include Doctors Without Borders, Climate 200, Cerebral Palsy Alliance, Who Gives a Crap Australia, Hunter Health and the Australian Nursing and Midwifery Federation.

He noted that what sets Benedictus Media apart from other agencies is their ethical stance and the clients they work with.

“We are very careful if we want to amplify the message and boost brands or organizations. We work with companies that we believe are making a positive difference in the world.

He shared that they have many clients from charities like Doctors Without Borders which send doctors to war-torn countries, Australian Equality’s Say Yes campaign and Guzman y Gomez. They bring a quick clean without preservatives or dyes to their fast food for consumers.

Benedictus said the wide range of customers such as businesses, charities, political groups and social enterprises “come together to be positive”.

Like many businesses during the pandemic, Benedictus Media staff worked remotely and were fortunate to have many of their clients who were, like them, based in Melbourne.

Benedictus noted that the business has grown during the pandemic.

“It’s been pretty nice to us; we are lucky because we have a mix of commercial clients and non-profit clients. Many of these customers were very active.

“For example, the Royal College of GPs had to suddenly explain to Australia that you are going to see your GP via Zoom now or over the phone via telehealth. So it went well for us,” he said.

Benedictus Media is also a leader in sustainability as an organization, being B Corp certified since 2016.

The agency also won the title of Comms Declare Climate Conference Champion of 2021 and has been the most sustainable communications agency for two years.

Looking to the coming year, Benedictus Media is working on green media planning.

He co-founded Net Zero Media, a company that calculates the carbon footprint of a media purchase that can be offset and helps customers choose channels that are less harmful to the environment.

Benedictus praised the IMAA to be a champion of independent agencies, raise their profile, offer group offers and access premium tools.

He also applauded IMAA for creating a community of agencies: “There are times when, as a small agency, you don’t always have the capacity to accept a new client or present a new file.

“So that means you have a community where, rather than disappointing a customer, pass it on. Or, in our case, if there’s someone who doesn’t fit our philosophy,” he said.

Benedictus added: “I think the IMAA has been positive, and I think Sam Buchanan is doing a really good job leading the charge on this,” referring to the general manager.

Podcasts vs radio: what’s the difference?