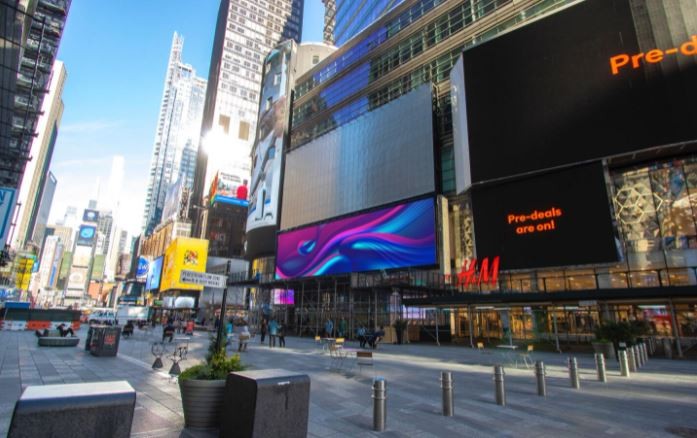 After propelling Amazon to new heights here on Earth, Jeff Bezos is ready to go further by shooting himself into space aboard the first passenger launch of his Blue Origin rocket. Outdoor advertising company Branded Cities will broadcast its space tourism live on billboards across the United States.

The billionaire will take off from Texas at 9 a.m. ET on July 20, with the mission broadcast live on giant outdoor screens in Times Square, Las Vegas and Toronto courtesy of provider OOH.

Steve Ellman, President and CEO of Branded Cities, said, “Our assets are strategically located in the most iconic and frequented places, making it possible to view historic events such as the launch of Blue Origin directly on our full motion digital platforms. the most impactful.

“We have always been proud to leverage our mediums to provide audiences with these kinds of unique experiences, which serve not only to bring people together, but also to celebrate humanity’s greatest achievements.

Top-flight Bezos announced plans to step down as Amazon’s chief executive in February, to be replaced by web services boss Andy Jassy in the third quarter.

It was speculated that the departure would free up more time for Bezos to focus on his true passion for space flight – just days after British billionaire Sir Richard Branson achieved a similar stunt.

// Featured in this article