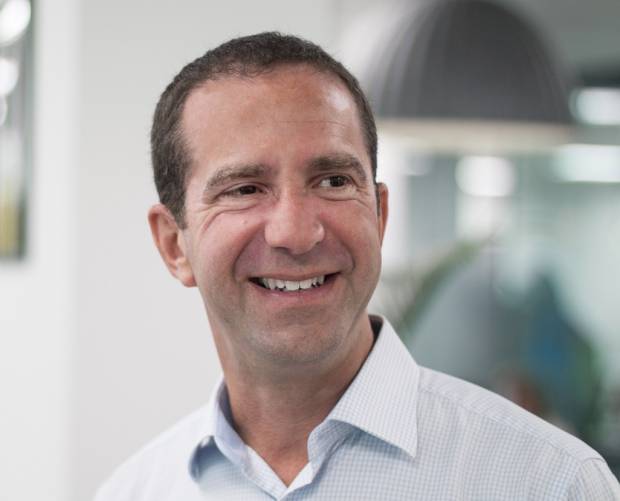 James Hilton, Founder and President of M&C Saatchi Performance, looks back on 15 years in the mobile industry.

In a difficult year, we seem to have passed 15 years of M&C Saatchi Performance – an agency I founded at the start of the mobile revolution that has grown, changed and evolved alongside the digital industry. When I started in digital in 1996, half of the people who work in our agency were not even born. A lifetime for some is definitely what I feel when I look at how much the digital landscape has changed over the past 25 years.

In the 90s, the idea that one day we would buy clothes, groceries, and watch entertainment on our phones seemed impossible to many, but my belief in the internet never wavered. The first major turning point in digital advertising came in 2000 when the dot-com bubble burst. Before this point, to buy advertising online you had to pay ridiculously high costs, with CPM rates reaching Â£ 30 per 1,000 impressions and CPC rates reaching Â£ 2 per click, making market space a novelty. that few could afford.

By 2000, the venture capital for those digital companies that will never be profitable dried up and there weren’t many who thought the industry could turn around. The joke was that people working in B2B companies would go back to Back2Banking and B2C would go back to Back2College. Those of us who stayed did not see this as the end, but rather as the beginning. It was digital space control-alt-deletion and we were ready to rebuild. Costs have dropped dramatically to 5p per click, or at least that’s what we’ve convinced media owners it’s worth it. The Internet was finally ready to take its place as the primary connector for consumers.

Mobile marketing
Around 2005, I began to notice that the same growth characteristics of the Internet were repeated – this time with cell phones. Once again, we saw a technological opportunity that had the potential to change the planet, but was largely overlooked, with many believing that the biggest benefit of these devices would be to download wallpapers, ringtones, and play the game. Emotionally distressing “Snake”. At the time, I was working at WW (formerly Weight Watchers), which modeled on a healthy lifestyle and getting clients out and moving, but when I suggested joining them on the go on their cell phones nobody took me seriously which really amazed me.

I knew mobile was coming of age and if no one else believed in it, I should take the lead and start pushing the mobile revolution. My first target was Adidas. It was in the run up to the 2006 World Cup when I went to Adidas to talk to them about their need for a mobile-led proposition to reach their very active audience who would be watching football. They were up to the challenge and hired our ‘agency’ to take care of mobile media, mobile website, mobile marketing and even interview players like David Beckham on mobile devices to create content that works on it. mobile screen.

Big ideas
Now when I say agency it was really just myself and my friend / business partner Dusan Hamlin with big ideas. We created a mobile site that worked on all 1,300 different handset models and relied on all the marketing materials to promote it via a shortcode. We wanted to buy global mobile ad inventory, but we were shocked at the lack of choice when it comes to inventory available at low CPC. Around page 40 of Google, we found a brand new partner, AdMob, who primarily sold mobile inventory to ringtone and wallpaper providers who were shocked / excited to learn that we had a mainstream brand. who wanted an inventory. Of course, this little-known partner was bought by Google and became the basis of its mobile solution. Our Adidas campaign kicked off our business, earning us worldwide recognition for our groundbreaking work and our willingness to meet the challenge of an unknown opportunity. We succeeded because we had the urge to do a brilliant mobile-focused job for brilliant brands who, like us, believed in mobile as a channel of communication.

We have succeeded in not only proving that mobile is going to be a success, but in laying the groundwork for the mobile marketing capabilities that have allowed the landscape to be as developed as it is today. Inside Mobile, as we were then known, grew over the next 15 years with the fundamental belief that brands should be where consumers are. We were up for challenges, never saying “Well, it’s never been done before” but rather “we’ll find a way to make it work”.

Over time, everything has become mobile, so we have adapted our purchasing and planning capabilities to continue to reach our customers’ audiences in the most efficient way possible. Now, as M&C Saatchi Performance, we have evolved alongside the consumer and become a digital media agency focused on optimizing every action a user takes online. We’re constantly looking for the next digital challenge, whether it’s tracking changes, privacy, or targeting – for me those are opportunities. There has never been a year in digital that has presented obstacles – we launched just before a global recession, and today the state of our economy faces a similar uncertainty.

Today, relying on dashboards is no longer enough. As the digital landscape becomes increasingly complex to navigate, the human layer of marketing knowledge is more important than ever to enable brands to connect with consumers in a way that resonates rather than irritates. You have a choice in business whether you are going to lie down and sit down or get up and fight. I’m proud to say that our agency is full of fighters who just can’t stand it. The success we have had is due to them – brilliant work of brilliant people. They are the engines of change and I look forward to seeing where they take this agency and this industry over the next 15 years.