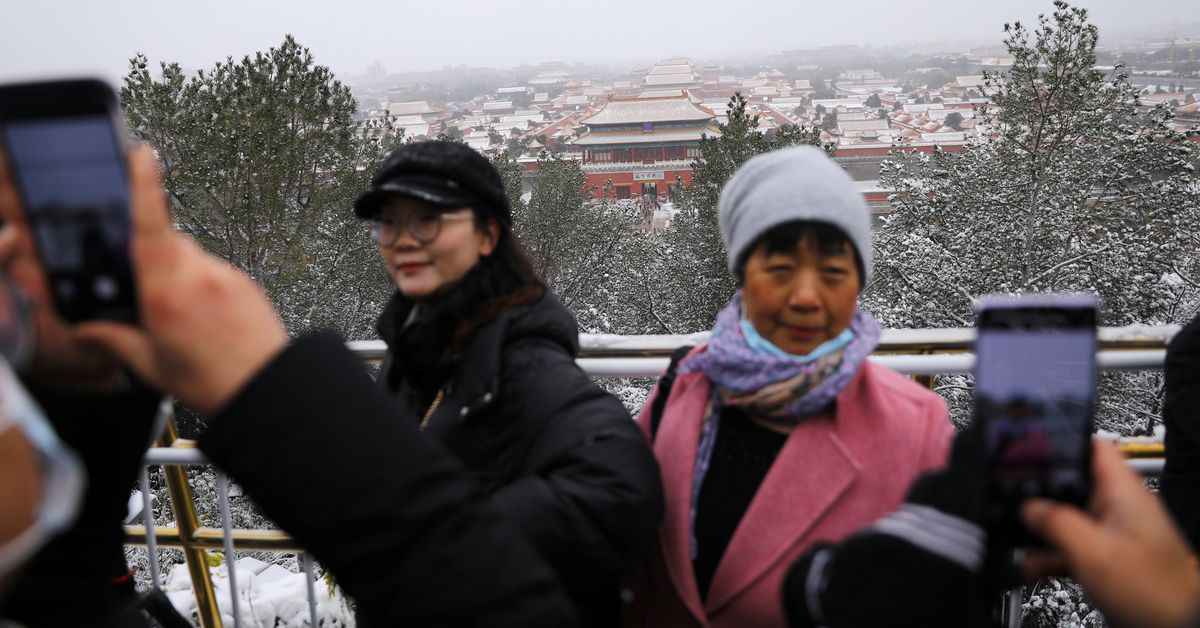 The National Meteorological Center has forecast blizzards in northeast China, with some areas receiving 45 millimeters of snow over 24 hours and heavy snowfall in the north of the country.

The capital Beijing received its first snowfall of the season 23 days earlier than normal years, while Sunday night temperatures are expected to drop to their lowest level for the period of the past decade.

A cold snap is also sweeping through Beijing to Shanghai via Guangzhou, dropping temperatures to 14 degrees (25 degrees Fahrenheit) Celsius on Sunday, the weather agency said.

The cold snap, which could increase the risk of flu, comes as more than 20 cities in northern China have reported cases of COVID-19 and sporadic outbreaks in the southwest – in Chongqing and the provinces of China. Sichuan and Yunnan, since mid-October.

Hundreds of thousands of people have come out to Beijing to enjoy snow-capped tourist sites, such as the Forbidden City and Universal Studios Resort, despite COVID-19 restrictions as more than 300 Communist Party Central Committee members prepare to go. gather from Monday to Thursday.

Snow that accumulates in communities under COVID-19 control cannot be moved outside of control areas, the local government-backed Beijing Daily reported.