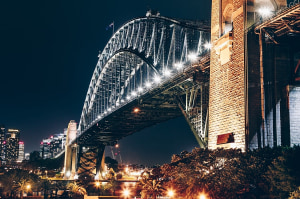 A Sydney City Council meeting will today debate whether to ban fossil fuel advertising on its properties, including one of the world’s largest outdoor advertising networks and events such as the New year’s eve.

This follows a open letter from more than 200 health professionals and organizationscalling for such bans because of the health and climate effects of burning coal, oil and gas.

Jess Scully, Deputy Lord Mayor: “I am proud to lead a motion that would see a blanket ban on fossil fuel advertising.

“The motion asks the council to advocate for state and federal governments to restrict fossil fuel advertising similar to the 1992 federal ban on tobacco advertising.”

In April, Yarra became the first council in Australia to limit the promotion of fossil fuels on council-managed properties, followed by Moreland in July.

Comms Declare founder Belinda Noble said: ‘Australia was a world leader in stopping tobacco advertising and sponsorship and now we are poised to become leaders in reducing promotion toxic and high-emitting fossil fuels.

“These promotions increase demand for harmful products and create misinformation and greenwashing that delay climate action.

“The community has the right to decide what is promoted in our public places and we are grateful for leaders who put our health and our planet first.”

Do you have anything to say about this? Share your opinions in the comments section below. Or if you have any news or tips, email us at [email protected]