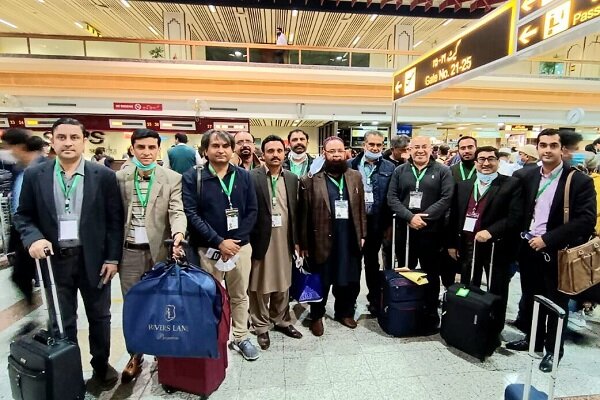 Departure of a Pakistani trade delegation for Iran

At the head of a delegation, the president of the Lahore Chamber of Commerce and Industry (LCCI) Noman Kabir left the Allama Iqbal international airport for Tehran.

The visit of Lahore’s leading business activists and officials of the city’s Chamber of Industry and Commerce is organized with the coordination of the Consulate General of the Islamic Republic of Iran in Lahore. Part of the effort has been made to expand the interactions between the provinces of Iran and Pakistan.

Pakistanis are due to travel to Tehran, Isfahan, Mashhad and Zahedan to meet with Iranian companies and provincial officials.

They will also discuss ways to develop joint trade and increase economic and trade relations between Punjab and Iranian provinces with their counterparts.

Strengthening ties between the private sectors of Iran and Pakistan and explaining mutual capabilities for the development of cooperation in the areas of investment, tourism, industry, import and export are other objectives of the visit of the Pakistani business delegation to Iran.

Deputy Speaker of the National Assembly of the Republic of Pakistan Qasim Khan Suri is currently in Tehran for an official visit at the invitation of Ali Nikzad, Deputy Speaker of the Iranian Parliament, on enhancing business cooperation bilateral, the facilitation of trade relations between the two neighbors, in particular, the promotion of the design of common cross-border markets and rationalization of border relations.

Consul General of Iran in Lahore Mohammad Reza Nazeri recently said that Lahore Chamber of Commerce is Pakistan’s strongest chamber of commerce with over 25,000 members, and members of this strong business organization will visit Iran at the official invitation of the Tehran Chamber of Commerce and Industry.

The trip can be an opportunity to develop economic cooperation between Iranian provinces and eastern neighbor Pakistan, Nazeri added.

How Meta made a billion dollars in India