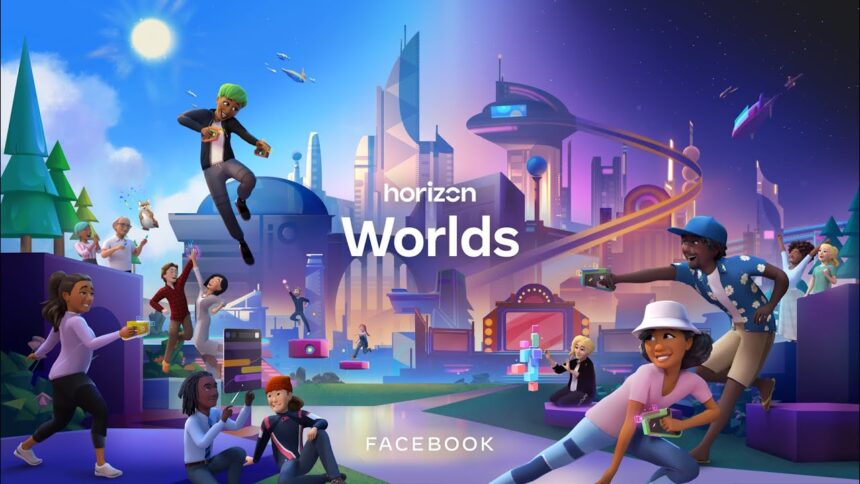 Facebook has removed its brand from its metaverse / social VR Horizon project which is still in development. The company will focus its efforts on VR-based construction tools and is offering a $ 10 million grant to encourage VR creators to create worlds on the platform.

The Facebook Horizon will now be known as Horizon Worlds. Facebook has also removed support for Unity-based worlds in an effort to encourage creators who build with this engine to opt for an Oculus Store version.

When Facebook Horizon first launched for Quest in late 2019, it only supported worlds created in Unity, which are more complex and engaging than worlds created in VR using Facebook’s tools. Unity is currently the most popular game development engine. Recording room, Roblox, and Epic games are also in a race to develop powerful yet easy-to-use tools for building interactive 3D virtual worlds. Facebook has attempted to acquire Unity in the past, which would have provided it with a robust toolset and prompted many creators to work with the social media giant. Rather than sell, Unity went public in late 2020.

Facebook introduced the VR social app two years ago under the name “Facebook Horizon”. An alpha test of the Metaverse began just before the start of the pandemic as the Horizon Beta phase has been underway since August 2020 where users can only participate by registering and being invited.

Creatives have so far developed many virtual worlds with Horizon tools. Facebook has also improved the corresponding tools.

Following the name change, the Horizon Workroom remote work virtual reality app that was introduced in August will also do without the Facebook branding. The same approach was applied to the recently unveiled Ray-Ban Stories data glasses where a user can only tell that this is a Facebook product from the packaging, but the product itself is not wearing any. Facebook brand.

In the Oculus blog, Facebook provided an overview of the development of Horizon Worlds since the beta phase began a year ago. The social media giant also announced a new $ 10 million grant to builders around the world.

In Facebook’s upcoming Horizon Worlds VR social hub, all rooms and worlds have been created using the tools provided by the VR app. Environments created with Unity are no longer supported.

Last year, Facebook improved its tools based on previous feedback allowing creators to create more complex worlds using simpler means. To this end, user interfaces and tool interactions have been revised and scripts have been added that can be used to create new game mechanics.

Various new features as well as project templates and a hub are planned for the future where beginners and advanced users can find tutorials for the world building kit.

To motivate existing creators and attract new ones, Facebook is offering a $ 10 million grant. Funding is to be distributed over the next year in the form of new and old fundraising initiatives.

A series of competitions are scheduled this year where the top three manufacturers in the world will receive $ 10,000 each.

Facebook has worked closely with some studios as well as creators to explore the possibilities of Horizon Worlds and has financially supported their work. This type of funding is set to continue. A start-up program for new creators will also be continued with a new cycle starting in early 2022. To participate in Horizon Worlds, register on the official website.

It is not yet known when Horizon Worlds will be open to the general public. Maybe we’ll see an announcement during Facebook Connect 2021.