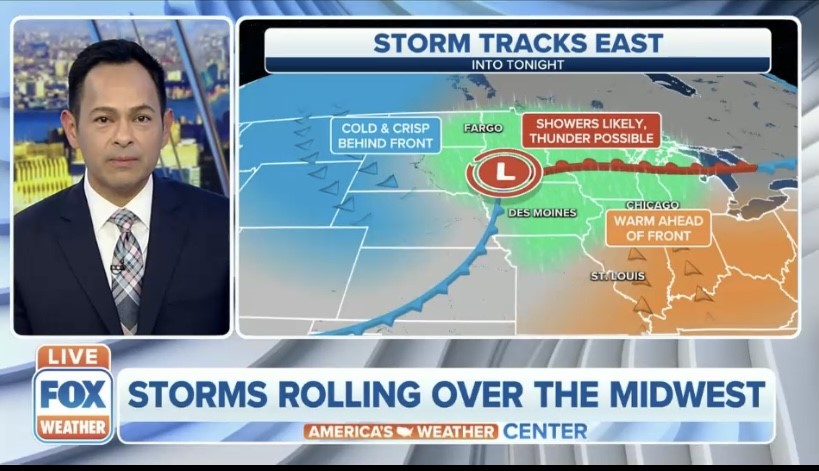 As the company’s biggest operating profit generator expands into weather news and lifestyle shows, its ad tech division is delivering new tools aimed at helping advertisers find the exact types of content number they wish to support. Fox Corp. on Wednesday unveiled a proprietary technology it calls Atlas to a group of advertisers gathered in Los Angeles, with a mission to help them match ads with specific types of digital programming.

“We have so many new lifestyle elements – Fox Weather, Fox Business Prime and on digital,” Jeff Collins, executive vice president of advertising sales for Fox News Media, said in an interview. “Having technology like this that we can bring to marketers allows them to align their brand with the right context at scale.”

Media companies of all stripes are rushing to accommodate growing numbers of advertisers buying through programmatic means or with software that uses algorithms to place ads alongside content aimed at reaching narrower groups of consumer types . On Tuesday, NBCUniversal held an advertisers’ presentation in New York that reinforced some of its growing capabilities in these areas. Disney has held a similar event for the past few weeks. All media conglomerates are focusing more on how they can leverage consumer data to advertise not only to large groups of consumers, but also to large groups of people with more defined characteristics, such as interest in buying a car or researching pet products.

Atlas uses artificial intelligence and on-screen visual detection to extract data that can be used to create advanced contextual segments that target specific concepts and entities at any time during video content. Most tools of this nature look at program transcripts, Collins says. But the Fox system can examine “more than 60,000 characters per hour, unlike normal tools that detect around 2,000”. The new technology, he adds, “is very granular.” The company can even use it to analyze the so-called “B-roll” of footage often used in news segments while a presenter or interviewee speaks on screen.

Fox News continues to grab headlines for its conservative-leaning prime-time opinion shows, and two of those hosts, Tucker Carlson and Laura Ingraham, faced boycotts from national advertisers then even that society supports their programming. Throughout this time, however, Fox News has pioneered or experimented with programming that goes beyond national news and politics. Fox Weather, an ad-supported vehicle available through a mobile app and digital networks, appears during select weekend hours on traditional Fox News cable outlets. Fox Business Network’s prime-time program, once tied to political discussions like its sibling Fox News, now favors reality shows and documentary series helmed by the likes of Mike Rowe and John Rich.

The company is keen for advertisers to stay aligned with the content they believe is most relevant to their advertising messages, says Collins. “We cover a lot of different topics in a short time, unlike, say, entertainment, drama or sitcoms,” he says. “We could go from lifestyle to sports to politics to breaking news, all these different genres and channels, in the span of 20 minutes.”

Two tools, Fox Navigator and Fox Shield, will use artificial intelligence to direct ads to appropriate content, Collins says. The technology is first being deployed at Fox News Media, he says, but could be used over time in the company’s other divisions, which also include Fox Sports and Fox Broadcasting. The technology could be used, for example, to align consumer products advertisers with a Fox Weather segment that reports on the prevalence of colds and flu, or block a Fox Business advertiser from being placed in the cover of its own entrepreneurial efforts. Fox Shield is offered to customers who engage with advertisers in Fox News Media’s digital video.

Fox is unveiling the new technology as it works to drive new ad buying across its portfolio of media assets. In the past, Fox Sports and Fox News Media have held separate meetings with advertisers and got only a nod at the company’s annual initial presentation in May, which was largely focused on TV broadcast. In 2022, however, Fox Corp. intends to discuss all assets under its umbrella.