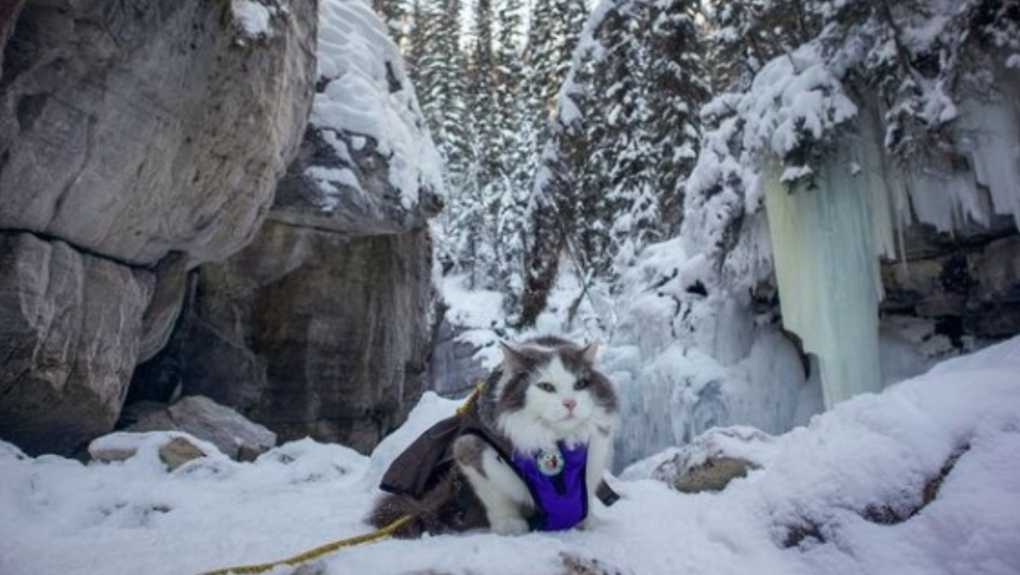 Gary the Cat owner and social media manager James Eastham told CTV News Edmonton how TikTok approached the dynamic duo to be part of a commercial.

“It’s kind of crazy to me that TikTok, which is one of the biggest social media platforms, is using my little cat to advertise their platform,” Eastham said.

The ad is all about how you have to see to believe. Three people are shown in a yoga class as they talk about Gary the Cat’s channel and convince others to watch the feline while he’s skiing, hiking or paddleboarding.

“It was out of the blue,” Eastham added. “I thought it would be pretty cool to be part of the campaign.”

In May, Gary and his owner won an Alberta Tourism Award for their efforts to showcase the province and outdoor opportunities.

“It’s nice to be able to say that I’ve inspired some people to go out and try something new,” Eastham said.

“I do this mainly for a little fun,” he added, “(and) Gary is just happy to be out there.”

“He’s always had a high opinion of himself. He’s a cat,” Eastham said with a laugh. “But he doesn’t let that go to his head. He’s still the same little house goblin he always was.”

The duo have more hikes and ski trips planned for the next few weeks as the weather warms.

“It’s been a bit of a long month for him with the cold snap,” he said. “It feels good to keep hanging out and having fun with Gary.”

With files from David Ewasuk of CTV News Edmonton

How Unemployed Workers Get Caught in the CA Fraud Net – CalMatters

Call for papers for the 17th PAMRO conference