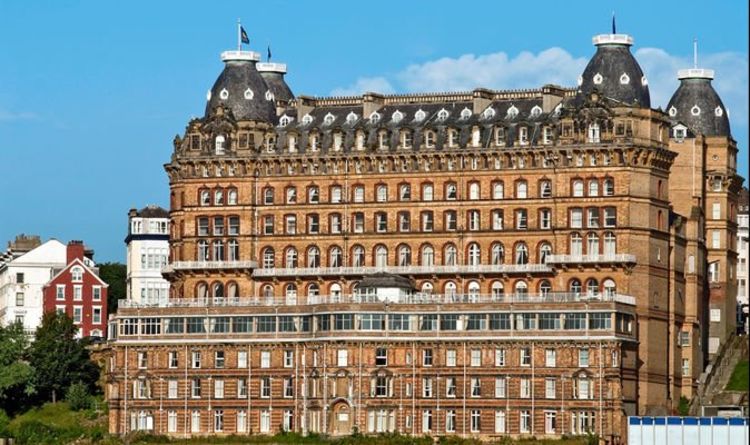 This is because other guests have alleged on TripAdvisor that staff are calling them “racist” for complaining about the situation. Two friends told TeessideLive that they are planning a three-night weekend at the Grand Hotel later this month.

However, when they found out that the hotel was being used to house families of Afghan refugees, who were brought to Britain to escape the Taliban, the hotel refused their request as there was no cancellation policy. in place when booking the trip.

One of the women, who asked not to be named, said: “Our concern is about safety and leaving things in our room, because of what we read about the flight and the children who come. unleash.

“We’re not racist in any way – I’ve worked with refugees, and it’s not their fault. It’s just the situation they’re in.

“I totally agree that they should have gone out [of Afghanistan], but my concern is that the company didn’t let us know what the Grand Hotel was doing.

“They basically say that if we get to the hotel and don’t feel safe, then that’s our problem – but it’s their problem,” the woman added.

According to TeessideLive, around 200 refugees are staying in hotels in Scarborough.

Earlier this week, the hotel was the host of a bomb hoax, which saw guests evacuated and police stormed the building.

The woman said she “felt like we were being held to a ransom, in the sense of whether we went or not – but we weren’t getting our money anyway.”

A spokesperson for National Holidays, owner of the hotel, replied: “We appreciate [the guests] sharing their concerns with us, and understand that news cycles during tough times can cause increased worry and confusion.

“However, please rest assured that we are in constant contact with the hotel, which has been operating normally and has been welcoming public holiday guests for many years.”

Other hotel guests have said on TripAdvisor that when they requested a refund or early departure, they were labeled “racist” by staff.

According to the complaints, Afghan children were running around the hotel, entering and leaving rooms, screaming and shouting.

DO NOT MISS
EU plot to ‘get through’ new border rules for migrants [INSIGHT]
Fury of European migrants: three states use illegal ‘armies’ to push refugees [REPORT]
“I chose their side and I lost! »Spain mocks the exodus of expatriates [REACTION]

“We decided we didn’t want to stay there and went back downstairs.

“I heard people talking angrily about children and people were standing, they were refugees and more and more buses were pulling up.

“I didn’t have a problem with that. I just thought we should have been informed that the hotel would be too “busy”, then we could decide if noise would be a problem for us.

“I spoke to the man on the desk and asked for a refund and explained why. He then started yelling at me, calling me a racist!

“I’m not a racist, I booked the break at the end of the school holidays to make it quieter!

“He categorically refused me a refund, so we left.”

She added: “While I was in the office, insulted, at least three others asked for a refund for the same reasons.”

National Holidays told the Mail: “We appreciate that guests share their concerns with us and understand that news cycles during difficult times can cause increased worry and confusion.”

China urges US to cancel tariffs in bilateral test of engagement