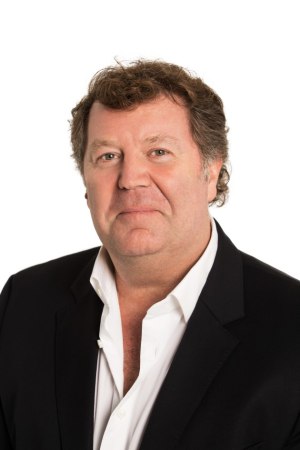 Broadcaster SCA’s half-year results provide a window into the outlook for radio and audio advertising in Australia as it emerges from the economic fallout from the pandemic.

The company reported audio revenue up 11.5% to $193.8 million in the six months to December.

The company says markets are hovering around strong government spending, but are being hit by continued COVID-related uncertainty, including supply chain disruptions and publicity for more hospitality, travel and events. lower than expected.

CEO Grant Blackley: “The recovery in advertising markets continues to strengthen but is uneven, with Omicron-related disruptions tempering strong momentum in November and December.”

SCA increased its underlying EBITDA by 16.3% to $46.5 million for the six months ending December. The company will pay a fully franked dividend of 4.5 cents per share. Revenue was flat at $259.8 million and net income after tax fell 48% to $16.8 million.

“When the shutdowns came to an end in late October in Sydney and Melbourne, we saw the whole market rebound very quickly in terms of viewing and revenue.” Blackley said AdNews.

However, a few days before the Christmas holidays, there was an omicron shift effect.

“I think the marketers had a whole series of campaigns planned, but they didn’t approve the same volume of campaigns that they otherwise would have,” he says.

“We saw a 3% increase in revenue for January, in audio. We know February and March will be slightly better and we will likely move the third quarter into mid-single digits.

“The radio market is still lagging behind television in its recovery cycle. Radio still has about 15% growth to return to a pre-COVID level.

“I think that will come naturally when we start to see certain categories like retail and their supply chain issues resolved, automotive coming back into the market, sports and live entertainment growing, and even a little in finance and insurance.

“They are all very big contributors to audio. So to that end, there’s still about $100 million of growth to get back to a level of normality, or the pre-COVID level.”

Digital is a priority.

The LiSTNR app is powered by premium content, a cutting-edge technology platform, and an engaging marketing proposition.

A slide from a market analyst briefing:

“The good news is that the digital audio market is growing, not just here, but abroad,” he says.

“In the United States, they’re at an inflection point where they’re going to double revenue, in their view, from $1 billion to $2 billion. The market therefore becomes significant and therefore a very clear investment model for marketers and agencies.

“And the gravity of the consumption is actually driving more and more inquiries and bigger submissions from the advertising community.”

In our digital audio portfolio, lisnr has accumulated after its first anniversary 500,000 known connected users.

“We have very strong ambitions for the next six months respecting the fact that we only launched the product from scratch last year. In fact, we didn’t have a marketing campaign until Boxing Day more recently.

Competitors?
“We install about, on a weekly basis, about twice as many people on our platform compared to HT&E (ARN),” says Blackley.

“They came out saying they made $10 million in revenue for the full year, where we came out and confirmed we made $10.5 million in the half year.

“We will continue to invest in this because it’s a high-growth proposition, in technology, in content, both at home and abroad.”

Do you have anything to say about this? Share your opinions in the comments section below. Or if you have any news or tips, email us at [email protected]