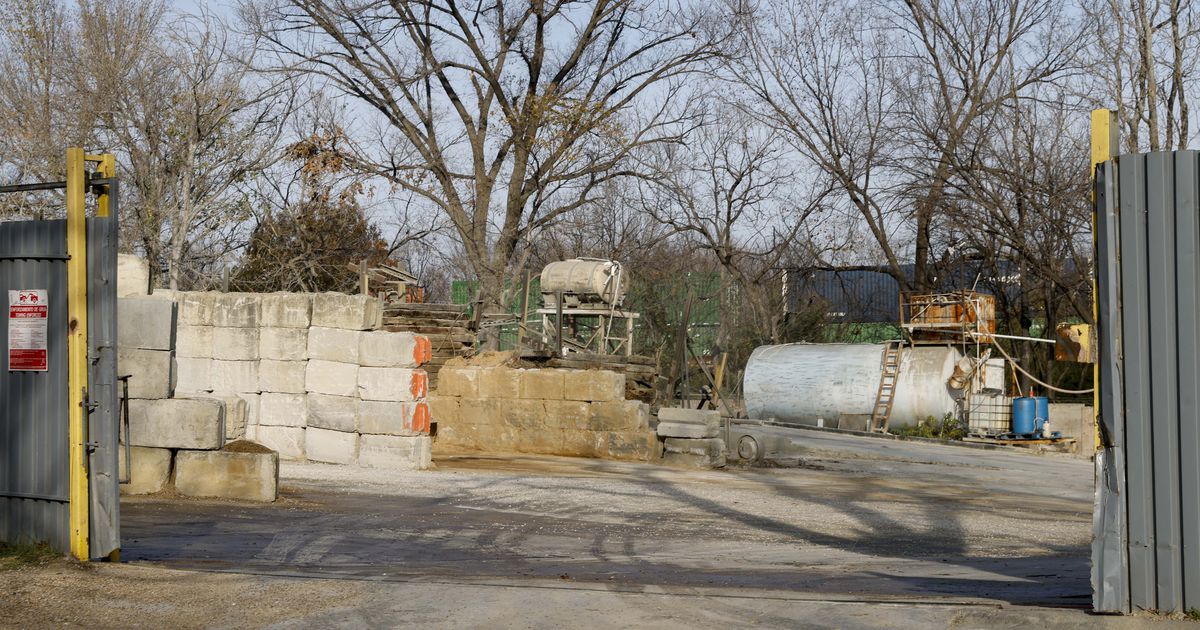 A Dallas community advocacy group and 12 other organizations are calling for a federal review of the Texas Commission on Environmental Quality, alleging the agency violates civil rights and environmental laws by failing to assess how Minority and low-income neighborhoods are affected by industrial air pollution. sites.

The 61-page petition filed with the Environmental Protection Agency also alleges that the TCEQ limits resident contribution during the licensing process. The groups are calling for a compliance review of the state’s air permit program and an order for the TCEQ to revamp its regulations. The TCEQ is the state’s primary environmental regulator.

“Many of the groups involved have been raising these issues with the TCEQ for years through individual permits, and it was important to take this route because we didn’t see any changes being made in response,” said Erin Gaines, senior counsel. with environmental law nonprofit Earthjustice and co-lead counsel for the petitioners on Wednesday. “We believe these are systemic issues, and without EPA intervention, TCEQ will not change its practices.”

Stella Wieser, a spokeswoman for TCEQ, said the agency declined to comment. The EPA did not respond to requests for comment on the next steps in the petition process.

The local group involved, West Dallas 1, has been trying for several years to get concrete batching plants and an asphalt shingle factory out of the area. It says the majority of Latino neighborhoods in West Dallas receive little or no public notice from the TCEQ when an industrial site seeks permits to operate in the area and the onus is on residents and advocates to the community to draw attention to the proximity of these sites. to homes, schools and other places where people gather.

The groups also include national environmental organizations such as the Sierra Club and the Environmental Integrity Project as well as other nonprofits and coalitions based in Houston, El Paso, Corpus Christi, Port Arthur and the Rio Grande Valley. The petition was filed with the EPA on June 28.

Raúl Reyes, president of West Dallas 1, said in a statement that his neighborhood resembles many underserved communities across Texas where the burden of proving environmental damage falls on residents.

“It’s time for TCEQ to protect our communities and not the polluters,” he said.

Industrial manufacturing and its environmental impacts have deep roots in West Dallas, including with a major lead smelter based there from the 1930s through the 1980s that produced high levels of lead found in children living nearby factories. Contamination has also been found in the soil of schools, parks and homes.

A 2020 report by researchers at Paul Quinn College found air pollution in a West Dallas zip code, 75212, among the worst in town.

Late last year, Dallas reported 38 concrete plants had active permits in the city, and TCEQ records showed at least five licensed concrete makers in the 75212 ZIP code. Residents cited the plants at concrete as sources of dust and other particles that they believe affect their breathing.

“Texas’ failure to meet basic Clean Air Act requirements has pushed densely populated urban areas in the state, such as the Houston, Galveston, and Brazoria areas, into a state of perpetual non-compliance. federal health and welfare authorities,” the petition reads. “And the evidence is clear that people of color, communities made up of people living near or below the poverty line, and other marginalized populations are disproportionately affected by this industrial pollution.”

The TCEQ announced last year that it was launching an environmental justice initiative to increase public participation and access in multiple languages ​​to TCEQ decision-making processes. The April 2021 announcement mentioned the creation of goals and an action plan to achieve them.

These plans are listed on the state regulator’s website under “Title VI Compliancea reference to Title VI of the Civil Rights Act of 1964, which prohibits programs receiving federal money from discriminating on the basis of race, color, or national origin.

Under his public participation plan, the agency says it will work seamlessly “with an awareness and sensitivity to Texas’ changing demographics.” It also outlines strategies such as how to help the public better understand how the TCEQ works, how officials plan to reach underserved communities, and who is responsible for coordinating language interpretation and translations. at TCEQ events.

But one state legislative report released in May who reviewed the TCEQ found that the agency is not sufficiently open and transparent about what it does and how decisions are made, resulting in an erosion of public trust.

The state’s Sunset Advisory Commission report said authorizing meetings “rarely results in meaningful public input” and that publicly available data on TCEQ’s website is missing and hard to find, among other things. problems.

“While TCEQ reviews research on pollutants and develops scientific standards to protect public health, the public is rarely aware of these processes, let alone participate in them,” the report states. “This lack of openness and public participation discourages those who try to give their opinion on the impact of this research and standards on their daily lives.”

The Sunset Advisory Commission made several recommendations, including that the TCEQ improve its website and public notices and provide more opportunities for public comment on permit applications before they are considered for approval.

The petition also accuses the TCEQ of violating Title VI.

Residents and groups across the state asked the TCEQ to assess the environmental justice effects of individual air permits before approving them, but the TCEQ refused to do so, according to the petition.

State law allows individuals who qualify as “affected persons” to request an administrative hearing to challenge a proposed approval of an air permit application. According to the petition, the TCEQ generally defines this term as people who own property or live within 1 mile of a proposed industrial site.

Groups calling for EPA review say it eliminates residents who live outside that area but are still impacted and it ignores the cumulative effect of having multiple industrial sites in an area .

The petition also alleges that the state agency allows air permit applicants to withhold public information such as emissions data on the pretext that it will disclose trade secrets and sensitive commercial information.

It’s unclear how long it will be before the EPA issues a ruling. Gaines pointed to a similar petition sent last fall by several environmental groups asking the EPA to support a statewide program to control surface water pollution, saying the TCEQ was not examining correctly the permits and their potential effects. She said the federal agency is still reviewing this petition.

“In the petition, we pointed out to the EPA that they are required to respond within a reasonable time; but what is considered ‘reasonable’ varies,” Hammond said. “We don’t know exactly how long it will be before the EPA addresses this issue, but hopefully it will be sooner rather than later because the community has waited long enough.”

The Dallas City Council in May approved changes to zoning rules to require all concrete plants to receive specific use permit approval from the council and planning commission in order to operate legally.

Both processes involve public hearings before groups vote on an operator’s application.

Previously, properties zoned by Dallas for industrial manufacturing allowed permanent batch plants to not have a specific use permit, which avoids a public hearing process. Factories seeking to operate temporarily were also not required to obtain a permit.

The city is also considering other regulations such as a zoning code change requiring minimum distances that factories can operate from homes, schools, parks and other public spaces.