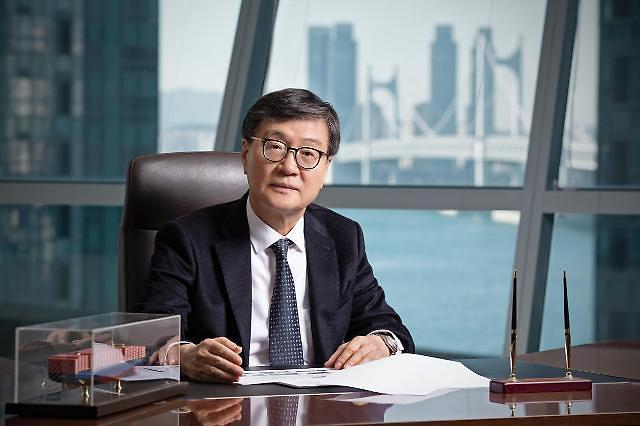 SEOUL – Aided by rising international freight rates and improved competitiveness, South Korea’s shipping industry is expected to post approximately 40 trillion won ($ 25.2 billion) in annual sales in 2021 in realizing a high-efficiency, low-cost three-year structure of painful restructuring coupled with a government aid plan that began in early 2017 when Hanjin Shipping, which was once the country’s leading container carrier, shut down at its 40 years of activity.

On June 29, the Ministry of Oceans and Fisheries unveiled the goal of doubling the revenues of the South Korean maritime industry by 2030. The Korean Ocean Business Corporation (KOBC), a state-owned entity launched in 2018 to support South Korean shippers and shipbuilders, cautioned against early optimism, saying the recent increase in freight rates has benefited from port congestion caused by a COVID-19 pandemic.

â€œThe increase in freight rates has benefited from continued port congestion due to the influence of COVID-19. I think the business boom is continuing due to the combination of the changes in the business environment and the preventive political support from our society, “said KOBC chief Hwang Ho-sun in an interview with Aju Business Daily. “Despite recent good performance, our shipping industry has yet to fully improve its financial structure.”

South Korea’s shipping industry has seen its annual sales drop from 39 trillion won in 2015 to 29 trillion won in 2016 due to falling freight rates and a prolonged slump in the economy. ‘Mondial economy. HMM, formerly known as Hyundai Merchant Marine, has improved its international competitiveness and profitability through innovation and corporate management restructuring.

“We need to further strengthen the global competitiveness of our shipping companies,” Hwang said, adding that HMM has yet to make up for accumulated losses and cut financial costs, despite the country’s largest shipper controlled by creditors. made a profit in 2020.

“KOBC will continue to provide the necessary support to strengthen HMM’s financial strength and the sales competitiveness of the global network so that it can recover its credit enough to raise funds smoothly in the market for itself,” Hwang said. .

KOBC has played a crucial role in the rehabilitation of HMM and other shippers. “South Korea is a country that depends on 70 percent of its trade. Some 99 percent of the volume of trade depends on maritime transport,” said Hwang, calling maritime transport “a security sector that has a very high profile. great front-to-back effect and guarantees national competitiveness.

HMM’s operating profit rose to nearly one trillion won in 2020, ending a 10-year deficit through financial support, structural improvement and the provision of shipping-related information during three years, Hwang said, adding South Korea’s shipping capacity for offshore container ships. rose to 800,000 twenty foot equivalents (TEUs) in 2020, up 340,000 TEUs from 2017, and has returned to its previous level. TEU is an inaccurate unit of cargo capacity often used to describe the capacity of container ships.

Â© Aju Business Daily & www.ajunews.com Copyright: All material on this site may not be reproduced, distributed, transmitted, posted, published or broadcast without permission of Aju News Corporation.

The overlap of advertisers for Snapchat and Facebook is low