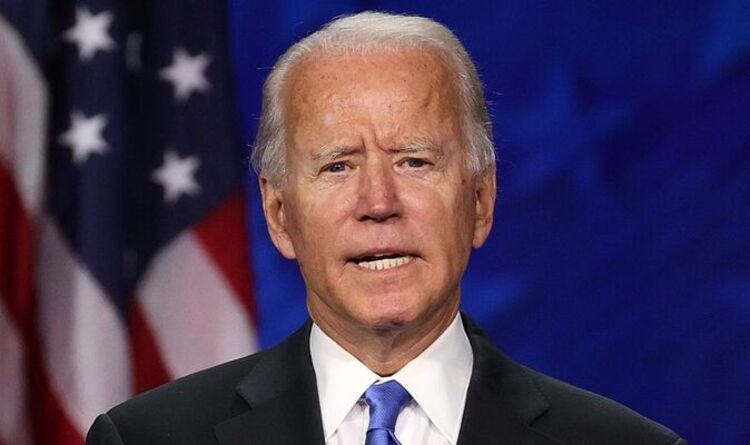 Joe Biden recently celebrated a year since becoming President of the United States, but several opinion polls in the United States are already showing the 79-year-old Democrat’s popularity in rapid decline. Last week, his approval rating in a key average of major polls dropped below 40% for the first time since taking office. Real Clear Politics’ average of all recent national surveys found that just 39.8% of Americans approved of the US president’s performance, while more than half (54.4)% disapproved.

In his first months in office, Mr Biden’s approval rating had been above 50%, but it began to plummet amid the chaotic and deadly withdrawal of US troops from Afghanistan last August.

The pressure mounted recently when it was revealed that US inflation had climbed to 7.5% in what was the fastest annual rise in 40 years.

The US stock market also had a shocking start to the year, with the S&P 500 index falling 5.3% last month – its weakest January since the depths of the global financial crisis in 2009.

Nile Gardiner, a Washington-based foreign policy analyst and former aide to Margaret Thatcher, has launched a virulent attack on Mr Biden and his performance as US president so far.

He told Express.co.uk: “Biden’s first year as president has been an absolute disaster, both for the United States and for the free world.

“The United States is in a terrible state of decline. We have soaring inflation, falling stock markets, a rapid increase in violent crime in most major cities.

“He is the cause of the decline of the world’s superpower.

“Most opinion polls show him to be hugely unpopular – Americans think his presidency is a huge failure.

He accused the Democrat of “driving America’s relentless decline” and claimed he was “clearly unable” to prove himself an effective leader of the free world.

The expert concluded: “It is an embarrassment and a humiliation for the United States when we have the leader of the free world who is clearly overwhelmed.

“He is an ignorant, out of touch president who has complete disregard for the role the United States plays as the leader of the free world, driving America’s relentless decline.

“America needs real leadership from someone who truly believes in America and will lead the free world.

“Joe Biden is clearly incapable of doing that.”

On Saturday, Mr Biden warned Russian President Vladimir Putin in a phone call between the two leaders that invading Ukraine would cause “widespread human suffering” and “diminish Russia’s position”.

The White House said: “President Biden has made it clear that should Russia undertake another invasion of Ukraine, the United States, along with our allies and partners, will respond decisively and impose swift and severe costs on Russia.

“President Biden has reiterated that a new Russian invasion of Ukraine will cause widespread human suffering and diminish Russia’s position.”