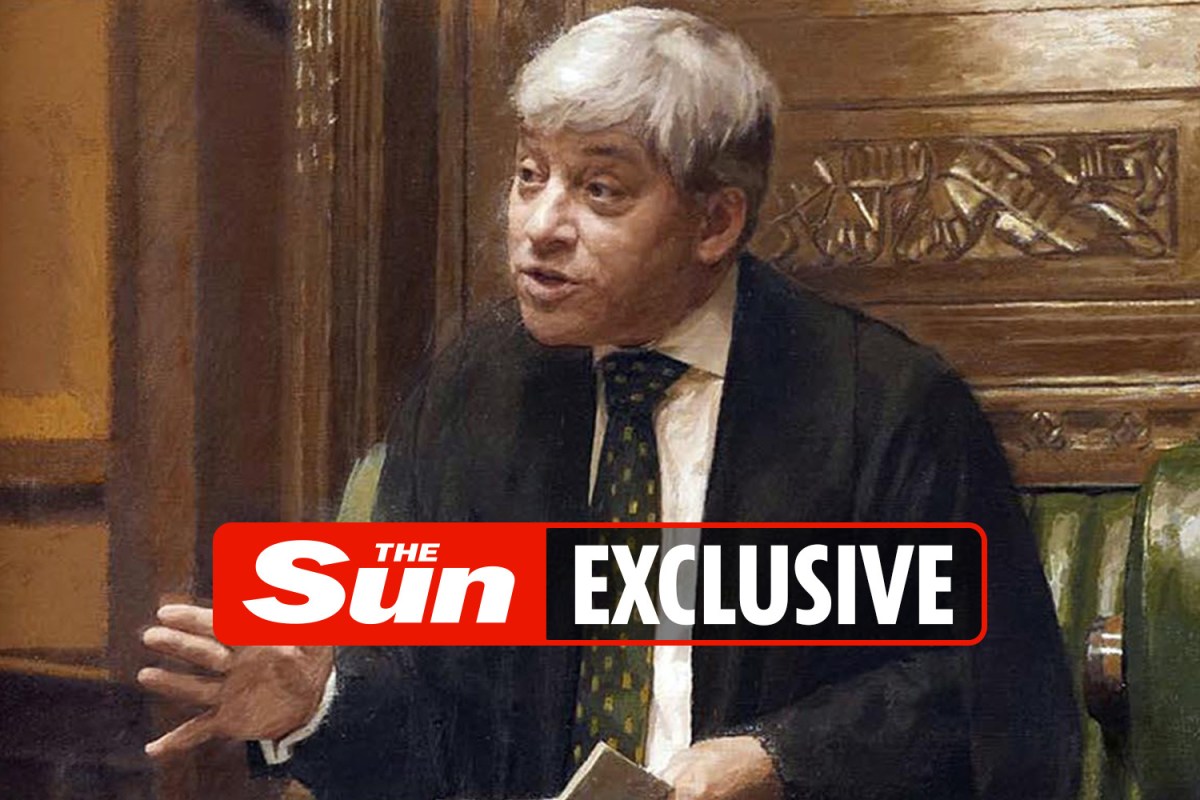 JOHN Bercow was called “Psycho” by Commons staff, we can reveal, as the full ferocity of his serial bullying came to light.

They told how the former president, 59, reduced them to rubble with his spitting rages.

He so shook the confidence of his private secretary that she resigned after ten months and was advised.

He then had it erased from his official portrait in a pathetic display of spite.

A man at the end of a verbal flogging said: “I could have decorated the c *** many times.”

An official also said Bercow once yelled at Black Rod Lt. Gen. David Leakey, “Get out of my fucking office, you fucking little toff.”

Victims and witnesses to his abuse said the 21 bullying allegations confirmed by an investigation last week were just the tip of the iceberg.

Kate Emms, one of the main plaintiffs, has been warned against accepting the post of secretary to the President.

A senior official recalled, “I said something like, ‘Don’t do it. He’s a psychopath.

But Ms Emms, who had 16 years’ experience in the Commons, accepted the role after learning she could modernize her office for the 21st century.

She started in June 2010, but at Christmas she told her friends it was “dark”.

A colleague said she ‘was the flavor of the month at first’, with Bercow calling her ‘lovely Kate’ before ‘everything changed – almost as quickly as one of her mood swings’.

Kate told her friends she had to get ready every morning before another barrage of bullying.

A former colleague revealed: “She once admitted to talking to herself in the mirror every day.”

Mr Bercow’s petulance was on full display after he invited her to pose with him for a formal portrait, which cost the taxpayer £37,000.

An insider said: ‘When she left the job in stress, he had her painted and replaced by his successor. Some of us thought that was extremely mean.

Bercow, who has been banned for life from Parliament, is facing calls to have his £35,000-a-year pension cancelled.

A colleague said: “He doesn’t deserve any of the lavish rewards that came with his position. None of us could believe he was treating Kate like that. She’s a charming woman.

Tory MP Michael Fabricator pointed out that cops can lose their pensions when convicted of a crime.

He continued: ‘The panel which investigated the complaints said in its report that if John Bercow was still a sitting MP he could have been expelled.

“Many would say that the official censure he has been given is tantamount to a conviction by a court for a serious offence. As a result, he should lose his pension.

Another female civil servant said she was unprepared for her volcanic tantrums.

She said: ‘I was in a meeting with him and some other people and asked a routine question. Before I knew it he was yelling at me, saliva was flying everywhere and he was banging his fist on the table.

“Once he was done, he sat staring at me, breathing heavily, and his face a virgin of rage with his lower lip sticking out. Everyone was laughing awkwardly or staring at the floor.

A staff member said he was angrier when women were crying in front of him. They recalled, “This often led to an escalation of screaming, because tears would make him feel bad, and Mr. President could never feel bad.”

Another insider said: “We used to call him ‘Psycho’ behind his back. I’m sure he’s charming to a lot of people, but I think he needs to sort himself out. He should questioning himself and his behavior at length.

Many are convinced that Bercow, married to Sally, will never admit that he was wrong.

One said, “He’s a narcissist. He chooses to remember himself as he wants to be. He is still in total denial.

A spokesperson for Mr Bercow said he strongly rejects the accusations.

We pay for your stories!

Do you have a story for the Sun’s press office?