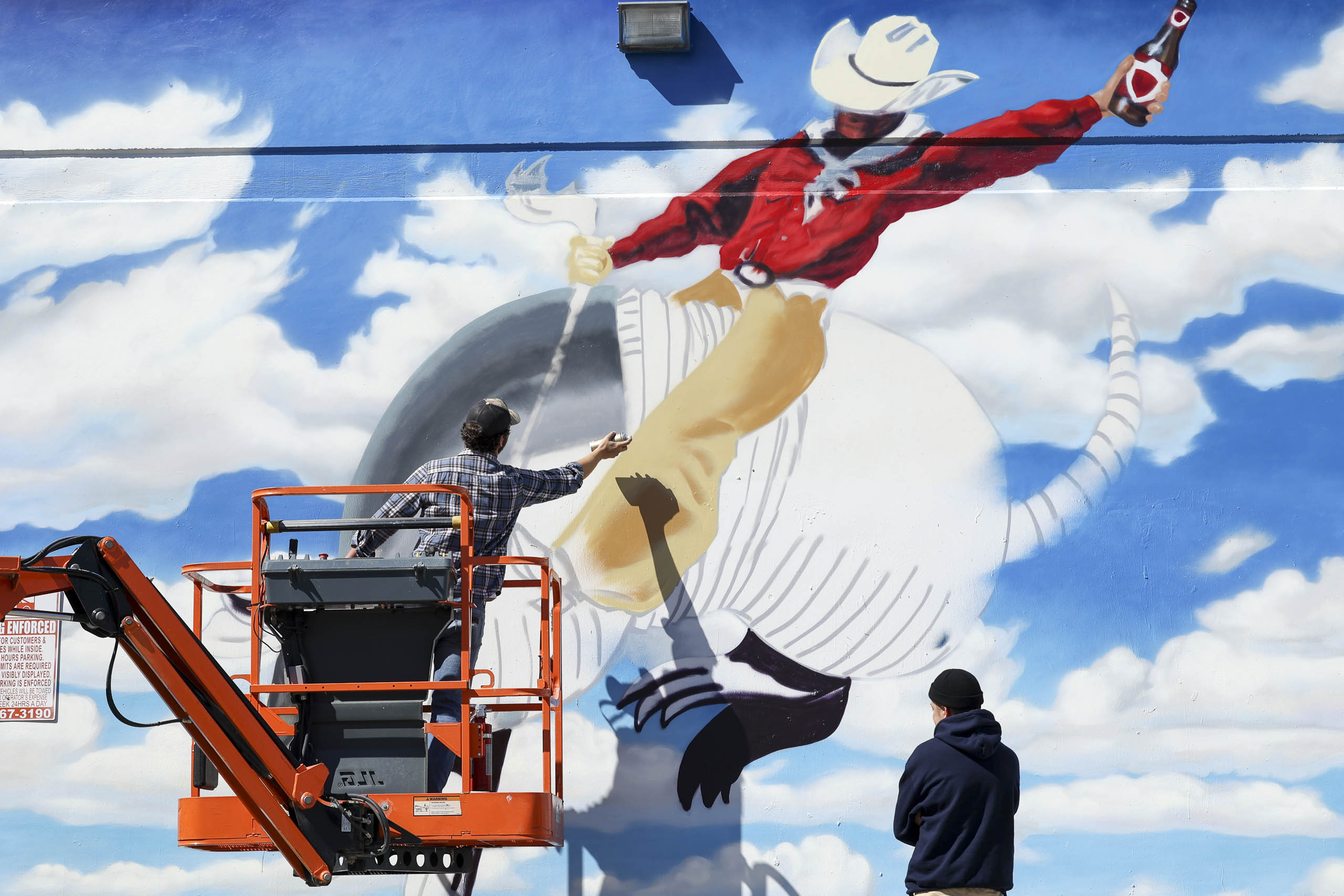 Lone Star Beer returns to its affiliation with the cosmic cowboy culture of the 1970s for a new promotional project centered around the ubiquitous symbol of Texas, the armadillo.

“We wanted to dig into the archives and relive some of that glory, but…modernized for today,” said San Antonio-based Lone Star Senior Brand Manager Daniel Crawford.

Austin artist Jim Franklin first adopted the armadillo as a 1968 poster theme in an effort to help musicians imprisoned for drug trafficking and the following year produced a loaded album cover armadillo for Austin’s psychedelic rock band Shiva’s Headband. The band’s manager founded a new home for the band and dubbed it Armadillo World Headquarters, which became famous for hosting the psychedelia-tinged country music of Willie Nelson, Commander Cody, Ry Cooder, Taj Mahal, Dr. John , New Riders of the Purple. Sage and the Flying Burrito Brothers, among others. Lone Star worked with Franklin for its branding at the time.

Tumlinson said he was honored to use Franklin’s images as a starting point and that the Lone Star team gave him creative freedom for the designs he imagined: a rodeo cowboy riding a giant armadillo for a T-shirt, an armadillo drinking a Lone Star long neck derived from an earlier ad for a trucker hat, and a combination of the two images for a bandana.

The merchandise line launched on February 16 with prices ranging from $12 to $30. It sold out within 24 hours, went through a second production the next day, and then immediately sold out again.

Crawford said those specific papers would not undergo postgraduate. “We’re going to keep things limited,” he said. Its goal is to honor the authenticity of a limited edition, to create the conditions in which a person could “look 40 years into the future and stumble upon a thrift store and see one of these things sell for a lot of money. ‘money”.

However, more Tumlinson designs are on the way, with releases tied to Texas events throughout the year.

For now, everyone can see the biggest result of the Tumlinson-Lone Star collaboration, a new mural on the St. Mary’s Strip done in collaboration with the San Antonio Street Art Initiative.

In the 12 feet by 16 feet untitled spray painting, a cowboy dressed in chaps rides a giant armadillo while holding an iconic long-necked Lone Star bottle, all afloat in a large, partly cloudy West Texas sky. To avoid the appearance of publicity, Lone Star’s presence is deliberately low-key, Crawford said. In fact, the mark appears in several earlier paintings by Tumlinson, which ironically depict mild clashes between facets of the Lone Star State’s ever-changing culture.

Partly for this reason, Crawford said Tumlinson was a natural fit for the brand.

“He’s truly the iconic Southwestern artist here in town, and his modern commentary on today’s Texas is something we share,” Crawford said. Tumlinson’s work is rooted in Texas mythology, he said, but acknowledges modern transformations, including the hipsterization of Marfa, the evolution of Texas wine culture and Tesla’s arrival in the state. Crawford called the collaboration “a match made in heaven”.

The new mural is located at 620 E. Dewey Pl., at the intersection of North St. Mary’s Street.