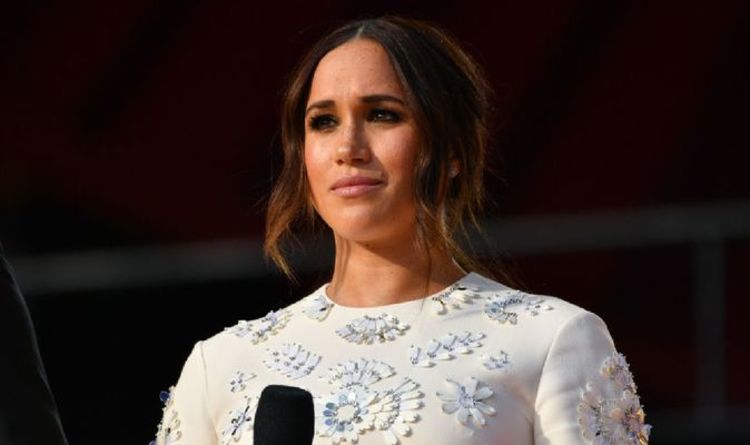 During analysis of the Queen’s Speech and other Royal Family events at Christmas, including the Duchess of Cambridge’s piano performance, Sophie Elsworth, media editor for The Australian newspaper, told Sky News Australia how Prince Harry and Meghan Markle were noticeably absent from Her Majesty’s Christmas Day Speech.

Ms Elsworth praised the Duchess of Cambridge, praising her for her “complete style and class” with her performance on the piano and at events leading up to Christmas.

But things appeared to be getting worse as the Australian unleashed a barrage of fierce criticism against the Duke and Duchess of the Duchess of Sussex.

When asked if Prince Harry and Meghan would be “welcome around the Christmas table” by Her Majesty, Ms Elsworth claimed the California-based pair “would not be at all”.

But she went further in her analysis, noting: “The Queen in her speech did not mention Meghan or Harry.”

The Australian writer then hinted at Meghan’s victory over The Mail on Sunday for posting letters between her and her father, Thomas Markle.

She said: “Now she had this lawsuit that she won against the newspaper …

“She won this lawsuit, it could be a victory for Meghan!”

On the back of the case, the Australian went on to accuse Meghan, saying “she’s at war with everyone!”

But she claimed: â€œSadly, she and Harry are obsessed with being in the media, despite wanting confidentiality.

“And we’re going to be hearing a lot more about it in the New Year!” “

The Duke and Duchess of Sussex released a Christmas card last week wishing everyone a Merry Christmas and pledging to support families through charitable donations.

The photo offered a first glimpse of his daughter Lilibet Diana and showed Archie Mountbatten with his own red hair, just like his father.

The best esports advertising campaigns of 2021