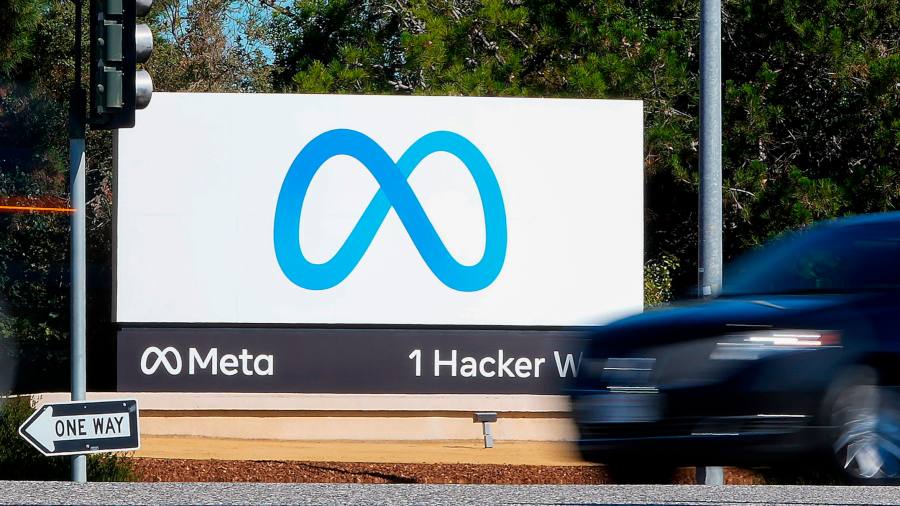 Facebook’s parent company Meta has announced it is implementing a hiring freeze “for most positions in the company” and will “cut costs” as the social media group continues to fight against an advertising crisis and increasing competition.

In an internal memo seen by the Financial Times, Lori Goler, Meta’s people manager, wrote to staff that from Friday the company “would be suspending the search for candidates and not making any offers until the freeze was over. not lifted later this year”.

She said that while some teams will continue to grow, each will have to individually decide how to prioritize projects and restructure to “ensure we can meet our top priorities” during the belt-tightening efforts. Internal transfers will also be frozen, she said.

“Our 2023 budget is going to be very tight across all teams as we try to minimize costs,” Goler wrote.

Social media group booms during the pandemic turned into a massive and deep sell-off in stocks this year, as tough macro conditions prompted advertisers, Meta’s main source of revenue, to cut spending. Meanwhile, the group has faced growing competition from popular short-form video app TikTok, which is owned by China’s ByteDance.

In July, chief executive Mark Zuckerberg announced that he planned to “phase out headcount growth over the next year” and would delegate headcount reduction decisions to individual team leaders.

Since the third quarter of last year, the company has also lowered its full-year cost forecast for 2022 – from $91-97 billion to $85-88 billion in its latest second-quarter results.

The company has tried to balance the development of its short-form video product, Reels, to bolster the popularity of its Facebook and Instagram social platforms, as well as its efforts to create an entirely new virtual world filled with digital avatars called the Metaverse.

“Each organization leader is working on their exact plans for next year, but it’s important to put recruiting on hold and not bring new people into the teams while they do this work,” Goler wrote Thursday. “Providing this stability will ensure that we don’t put people in roles that may change or disappear.”

Shortly before Goler’s memo was posted on Meta’s internal message board, Zuckerberg presented the plans to staffers in a show of hands, according to Bloomberg.

Are your metrics creating confirmation bias?

Get smart about personal branding with Maddie Peschong