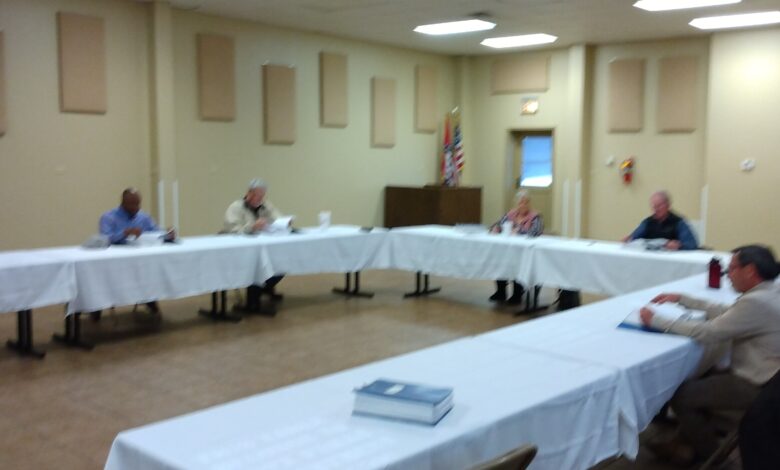 Ice skating appears to be coming to Hope this winter thanks to an afternoon vote at a special meeting of the town’s Advertising and Tourism Promotion Commission.

Although members have raised questions about issues such as the fencing around the rink, the number of hours parks and recreation workers work and the costs of a layer of plywood under the rink required for use at long term, the commission finally decided the price of $20,000 for the rink and 200 skates were too good to pass up.

Due to the possibility of another buyer, the commission had tried to meet by Zoom this morning at 10 a.m. but the absence of quorum decided that another attempt would take place from 3:30 p.m. Once quorum was reached, the discussion began, with Chair Sharon Caldwell answering questions. Caldwell was the contact person with Alex Wilfand from Creative fun on icewhich has offices in Nashville, Tennessee and Orlando.

At Tuesday afternoon’s regular meeting, the possibility was raised that the University of Arkansas-Hope Texarkana would partially fund the sale and use the rink during the first two weeks of December, but Caldwell told the commission that John Gladden, assistant manager of the UAHT in Hempstead could not make a decision until his budgetary picture was clearer.

On the other hand, as member Steve Montgomery said, the city budget could allow for the purchase since a special projects fund currently stands at around $80,000. Montgomery and other members also pointed out that the city could offer the rink to the University for rent and that, along with what the skaters would be charged, would help the rink cover its costs.

Mayor Don Still and Caldwell both said at the meeting that they had heard citizens express their excitement about the rink. A woman who heard Caldwell on the phone about the possible rink deal said, “Are you going to buy the rink? Please tell me you are. I always dreamed of being an ice skater. It is likely that now she will get her wish.

According to the fact sheet presented to the commission by its secretary and superintendent of parks Summer Powell: