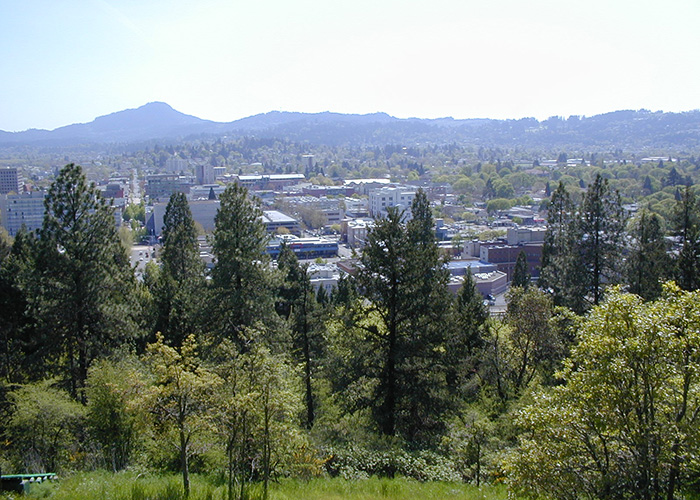 She also plays the piano at her church, the Salem First United Methodist Church.

His ability to weave musical threads in harmony and collaborate with others will serve him well in his new job. In May, Bateman became director of the Department of Conservation and Land Development, which oversees land use planning in the state.

The job requires managing competing interests – pressure to conserve resources and economic development – ​​and plays a key role in the lives of Oregonians by working with the Land Conservation and Development Commission on goals and rules use of state land.

A former supervisor, Phil Ward, now CEO of Oregon Future Farmers of America, said she was suited for her new job.

“What makes Brenda unique as a leader is her ability to see the big picture, see what the end goal is, and devise a plan to get there from where you are,” said said Ward, adding that she is a collaborative leader. “She can bring disparate interests together, solve problems and get results.”

Although relatively small, with a budget of $15 million a year and about 70 staff, the department plays an important role in a state with strong passions for land use. It is responsible for conserving natural resources, protecting agricultural and forest lands and combating climate change while promoting urban density and trying to mitigate the effects of natural disasters.

“Oregon has some of the best farmland in the world,” Ward said. “We are known as a state committed to the protection of these natural resources.” Ward supervised Bateman when she was in the Department of Water Resources.

Bateman, 51, who earns $169,000 a year, said she appreciates the department’s dual role of protecting land while encouraging development.

“That dual purpose is really important to providing quality of life for Oregonians, in terms of food and health, transportation, housing, jobs and recreation,” Bateman said. “I wouldn’t want to defend one to the exclusion of the other.”

Co-author of the body of water

She co-authored the state’s first water plan in 2012 and helped revise it in 2017 as chief scientist at the Department of Water Resources. The plan analyzed the fish and wildlife uses of state waterways and the needs of agriculture and municipalities. It gave Oregon a comprehensive assessment of its water resources and helped ensure adequate water supply and quality and plan for natural disasters.

At the land agency, she replaced Jim Rue, who had led the department since 2011.

The rules will affect how these communities plan for future growth to meet the state’s 2050 climate goal of reducing greenhouse gas emissions to less than 75% of 1990 levels by 2050. They are expected to be finalized in July.

“We need to get people out of their cars,” Rue said. “More concentrated lifestyles mean people can get around in less energy-consuming ways. We develop to be able to conserve.

Before moving to Oregon in 2004 with her husband, an Oregonian, Bateman studied state land use policies while earning a doctorate. in public policy from the University of Maryland, Baltimore County.

She joined the Tualatin Valley Water District as Senior Policy Coordinator and quickly learned the “Oregon way” of engaging the public. The district—like other decision-making bodies in Oregon—has included public participation in decisions. And at the Department of Water Resources, she worked with multiple agencies while drafting the state water plan. She said she supports including as many perspectives as possible in decisions.

Equity is one of its priorities. “We know there are voices missing in the decision-making process,” Bateman said. “We will provide stipends to community members in underserved communities so people can come to the table and have the power to stay.” She plans to spend time in different communities.

“My commitment is to get in the car and go out and meet people face to face and build those relationships,” she said.

She will also need legislative support for the department’s mission to help increase housing supply through land use rules that encourage density in metropolitan areas, Rue said. The department also plays a role in wildfire mitigation by assessing risk and zoning, and planning recovery efforts.

She also believes in maintaining a balance in life. “I don’t know who I am without music,” she says. “It’s half of who I am.”

She said she encourages staff to turn to music or other hobbies to relieve stress.

“Music is a distraction and a meditation. This is where I go to clear my head,” she said. “After spending time at the piano, I am invigorated and ready to work again.”