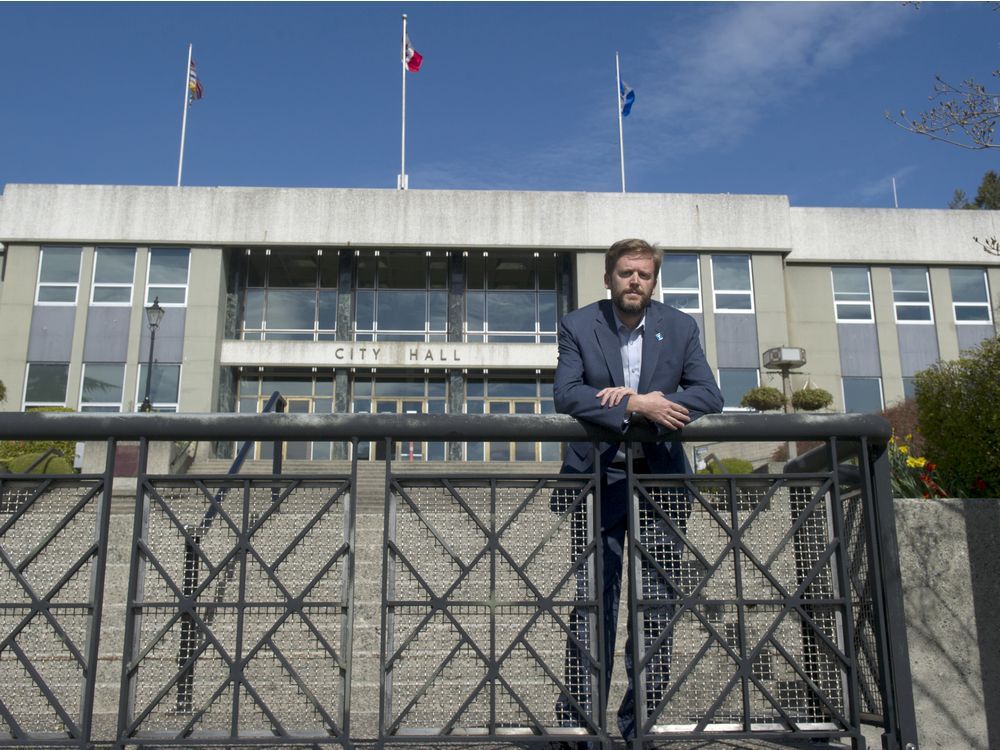 Outgoing New Westminster Mayor Jonathan Coté’s motion to rename the city, including phasing out the ‘Royal City’ moniker, was approved by council on Monday evening.

Coté – who is a three-term councilor and two-term mayor – said when he became involved in city politics, the city council was considering whether to drop the ‘royal city’ moniker, but backed down. to community concerns.

“I think a lot has changed in the last 15 years, especially in terms of the work we need to do as an inclusive community and to continue our journey of reconciliation and that’s a really important step” , said Coté, who is not seeking re-election.

Coté said it was inappropriate for him to send letters to First Nations on New Westminster letterhead with a “colonial crown on top”.

“Now is the time for us to phase it out,” he said.

The city’s logo is centered around a golden crown and linked to Queen Victoria’s decision in the 1860s to name the city after the enclave of Westminster in London. New Westminster was founded as the capital of the colony of British Columbia in 1858 on the unceded territory of the Qayqayt First Nation.

Coté also asked city staff to come up with a plan to engage the community in developing a new brand identity “that is inclusive and allows for collective pride in the city.”

The only dissenting vote came from the council. Chuck Puchmayr who said Coté left a “nice farewell grenade” with what he believes to be a controversial decision.

Coté disagreed and said the name change had been on his mind for several years.

“I don’t believe I left a grenade,” he said.

Council hopeful Daniel Fontaine, who is running in the October election with the New Westminster Progressive Electors Coalition Society, said there should have been public consultation before the vote.

“Our only indoor pool is closed for two years, our aquatic center project is $8 million over budget, property taxes are skyrocketing and that’s what the council wants to focus on. Is it time to undertake this in the last days of a diet? wrote Fontaine in a letter to Postmedia News.

More news, less ads: Our in-depth journalism is possible thanks to the support of our subscribers. For just $3.50 a week, you can get unlimited, lightweight access to the Vancouver Sun, The Province, National Post and 13 other Canadian news sites. Support us by subscribing today: The Vancouver Sun | Province.

Sign up to receive daily news from the Vancouver Sun, a division of Postmedia Network Inc.

Thank you for your registration!

A welcome email is on its way. If you don’t see it, please check your spam folder.

The next issue of Vancouver Sun Headline News will soon be in your inbox.

We encountered a problem during your registration. Try Again

The era of influencers? Influencers will disrupt the advertising market in Southeast Asia and the world

Brands capitalize on creativity thanks to advances in the Ad-Lib.io platform