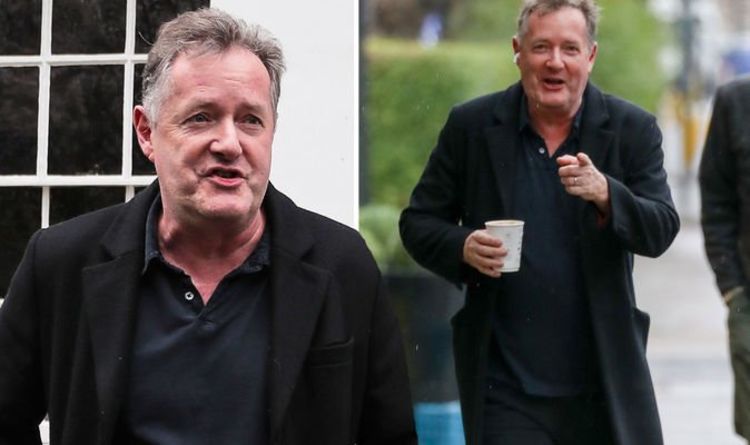 Piers Morgan scoffed at being called “c ** t” by an outraged stranger as he insisted he was more distracted by their must-have outfit. The insult came after he announced he would be returning to the small screen as part of News UK’s new television channel, TalkTV, which will launch next year.

Speaking to Twitter, the 56-year-old wrote: “Lovely walk in the sun-drenched park with lots of very nice people congratulating me on my new job… apart from an angry young lady in a bright blue leotard. very fitted. who just screamed ‘C ** T !!!!!!’ on top of me, then I jogged / wobbled.

“Courageous choice of outfit,” he added, followed by a crying laughing emoji.

Daz Gray wrote: “Social media and the deconstruction of society caused this. The fact that someone thinks they have the right to shout in front of someone in public is abhorrent.

READ MORE: Charlie Dimmock had “no regrets” for the Land Force affair

The journalist hit the headlines after slamming Prince Harry and Meghan Markle, following their interview with Oprah Winfrey in March.

Piers said he did not believe a word from the couple as they spoke about their life with the royal family.

He also entered a heated debate with Alex Beresford on Good Morning Britain over his treatment of the Duchess of Sussex.

The presenter sparked more than 57,000 complaints from Ofcom, including one from Meghan herself.