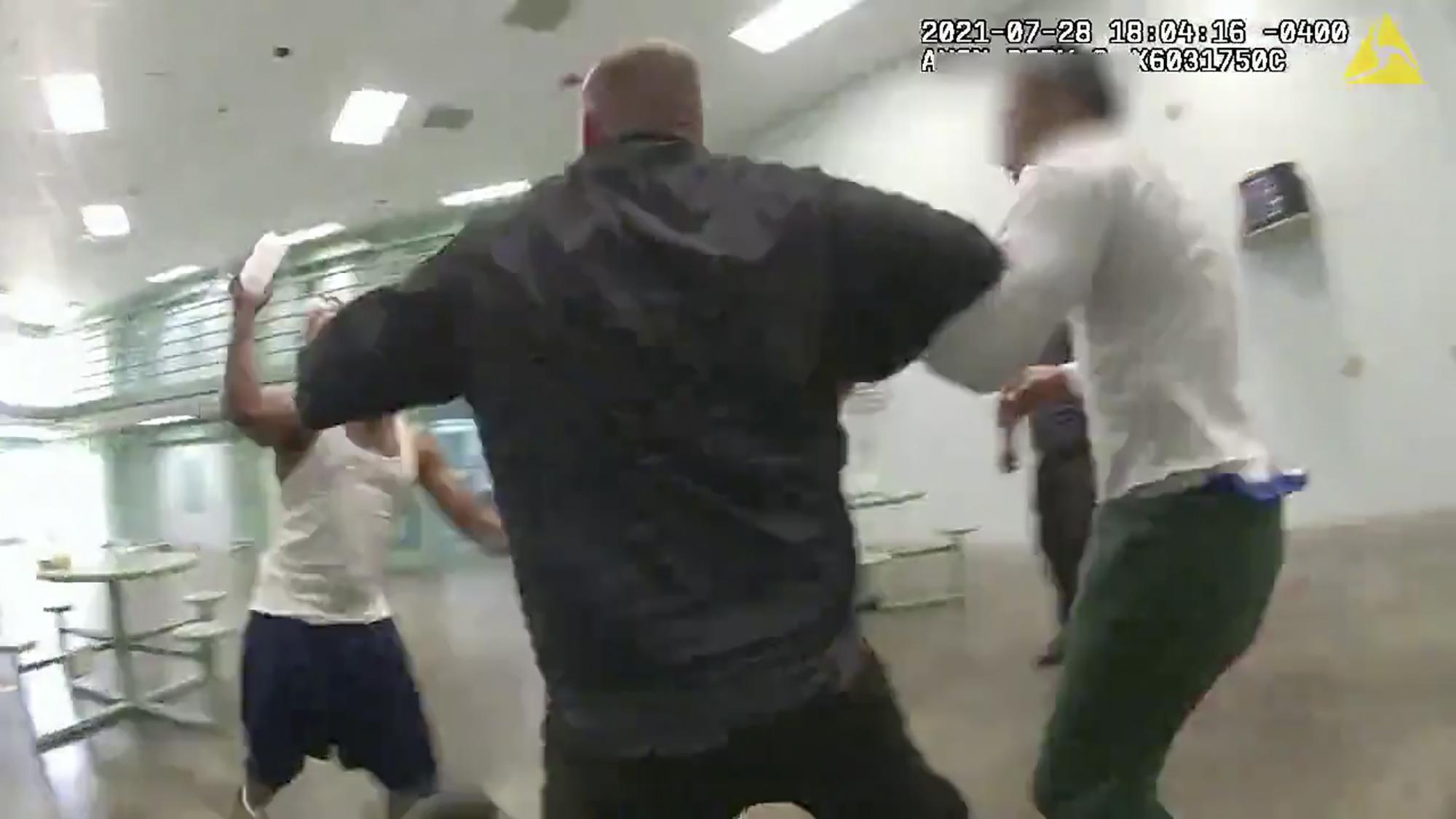 Agencies hope the additional cameras will help reduce violence and hold inmates and guards accountable, although experts and unions question their usefulness in addition to existing cameras.

The Ohio Rehabilitation and Corrections Department hopes to announce by the end of the year which of the four companies has won a contract valued at around $ 17 million a year.

The Ohio agency began looking into the matter after a California judge ordered guards to wear body cameras in a San Diego state prison following allegations of abuse of disabled prisoners. California then extended the cameras to five more prisons.

The death of an Ohio inmate in January During a scuffle with guards, the review sped up the use of cameras while the pilot program was already underway, said Annette Chambers-Smith, director of the Ohio Department of Rehabilitation and Correction.

The system already has about 6,000 cameras in place across Ohio’s 28 prisons. But there are blind spots, as well as situations where a body camera will help uncover the truth, including whether an inmate or guard is at fault, Chambers-Smith said.

“When you have cameras filming an incident, you don’t need to rely on memory or maybe that tunnel vision someone has when recounting an incident,” she said. declared. â€œYou can just see all of it. “

Two videos provided by the agency show the difference in perspective that body-worn cameras can offer. When a brawl broke out between two inmates at the Ohio State Penitentiary on July 27, a stationary camera positioned above the melee provided a clear view, but no audio.

The camera worn on the body of a guard capturing the same fight gave a better view of the confused situation, as well as the sound. â€œLock the doors,â€ one guard can be heard yelling and â€œStopâ€ several times, before another guard uses pepper spray on inmates. In the body-worn version, it is also easier to see and hear a guard gesture towards a colleague to let another guard remove one of the inmates first.

The union representing Ohio prison workers is skeptical of the cameras, saying the money could be better spent to hire more guards. This is especially true given the number of fixed cameras already in place, said Christopher Mabe, president of the Ohio Civil Service Employees Association.

â€œRight now, we are fighting to keep people employed in corrections, due to the tight labor market,â€ Mabe said. “Should we be spending more money on agent retention, agent hiring, and staffing, rather than spending money on technology that is just redundant?” “

The Ohio chapter of the American Civil Liberties Union is monitoring the state’s plan, with questions such as under what circumstances guards are allowed to turn off cameras and how long the prison system will retain video, a said Gary Daniels, the chapter manager. primary Ohio lobbyist. This last question is important, given that the state has a two-year window to pursue civil liberties lawsuits, he said.

The Georgia Bureau of Prisons piloted the concept last year and plans to equip guards in two prisons this year and two more next year. Florida doesn’t use them at all levels, but since October 2020, it has equipped specially trained officers in its 35 prisons with body cameras that automatically turn on when those officers activate stun guns.

New York State began piloting body cameras in 2016 and extended the test with a federal grant of $ 835,000. The system, which costs around $ 4.2 million, has around 2,500 body cameras in use in eight prisons, including the three women’s prisons, with plans to expand.

Wisconsin began equipping officers at its six maximum security prisons and a juvenile facility after the legislature provided the agency with an initial amount of $ 591,400 in 2017 in hopes of reducing staff and assaults on detainees..

The agency is now deploying around 200 body-worn cameras across the six prisons and around 100 in the Lincoln Hills & Copper Lake Schools Juvenile Center, at a cost of around $ 895 per camera. Prison spokesman John Beard said one downside is that vision is sometimes obscured during close interactions with an inmate, but the audio is easily audible.

â€œAllegation follow-up is easily done by looking at the incident and verifying if an investigation is necessary or if the alleged incident has not happened,â€ Beard said.

Just as the widespread use of body cameras by police officers has not reduced cases of the use of force, body cameras in prisons are unlikely to have a great impact, especially with the presence of so many stationary cameras. , said a criminal justice analyst. Bryce Peterson.

Almost all prison incidents are already recorded, and blind spots are usually not in places where a guard will be present to record illicit activity, including drug sales or a fight, said Peterson, research scientist for CNA. Corp., which focuses on improving safety. He said changes in the use of force policy, better training and efforts to retain staff are more likely to reduce violence in prison.

It’s likely that in some prisons, the addition of body-worn cameras, “just because it’s a new procedure, it’s kind of a shock to the system and will have an impact,” Peterson said. “But I don’t think that’s a long-term cure for these problems.”

The three unknowns of the modern advertising era

BlackRock targeted in new ad campaign for being too awake