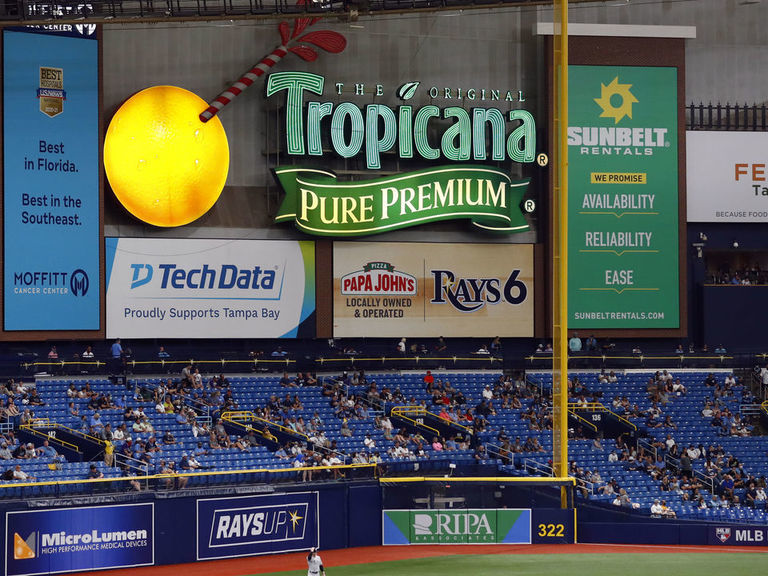 The Tampa Bay Rays are adding a sign on the back wall of Tropicana Field for the playoffs to announce their plan to split home games in the coming seasons between Florida and Montreal.

Team president Matt Silverman announced the plan on Saturday’s “This Week in Rays Baseball” radio show, according to Marc Topkin of the Tampa Bay Times.

“We’re going to add a sign in right-wing foul territory with a very simple Tampa Bay Montreal graphic,” said Silverman. “Especially with baseball’s eyes on us in October, we want that visible symbol of our plan and our enthusiasm for it. It will subtly mark the effort and keep the focus on winning.”

Although the plan was not officially put in place, Silverman said it was the best way forward to keep baseball in the area.

“We believe in our twin city plan; Major League Baseball fully believes in it,” said Silverman. “It’s the best and maybe the only chance for baseball to be here for generations. It’s our only goal. There was never any talk of other markets and relocation openings. it’s always been about how we can make it work here. “

If adopted, the current plan calls for the construction of new outdoor stadiums in both locations. The Rays would host spring practice games in early June before home competitions move to Montreal for the remainder of the year, with home playoff games likely rotating by season, Topkin notes.

The proposal was originally presented in 2019. Although it received support from the league, it drew criticism from the players’ union.

The Rays have committed to playing their home games at Tropicana Field until the 2027 season, when their current lease expires.