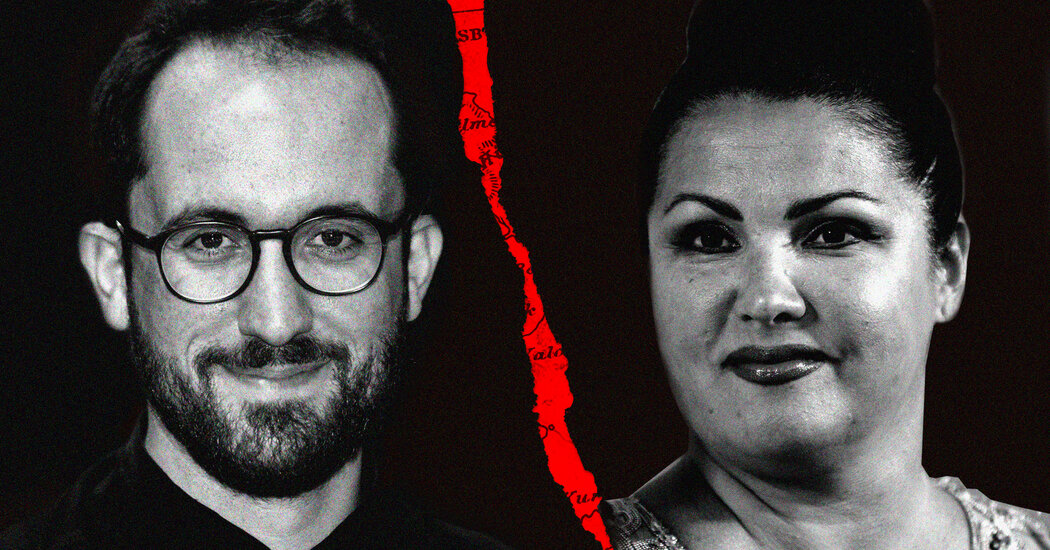 Reviews | Putin is sanctioned, but Russia is canceled

This article is part of the Debatable newsletter. You can register here to receive it on Wednesday.

A specter haunts Russia: the specter of cancellation.

As Vladimir Putin’s invasion of Ukraine enters its third week, conscientious consumers and businesses across the West have fought back with what can only be described as a mass cultural boycott.

In Russia, Disney and Warner Bros. suspended their theatrical releases, and McDonald’s, Starbucks and Coca-Cola suspended commercial operations. In the United States, liquor stores and supermarkets pulled Russian vodka from their shelves, and the Metropolitan Opera cut ties with one of its most acclaimed sopranos after she criticized the war but refused to distance herself. of Putin. And on the international scene, Eurovision, FIFA and the Paralympic Games have banned Russians from participating in this year’s competitions.

Are these informal sanctions of Russian culture and business justified and can they change the course of the war? Or are these histrionic gestures that risk stigmatizing an entire population for the crimes of an autocrat? And what does the invocation of “cancel culture”—both rhetorical cliche and material phenomenon—reveal about how war is metabolized through social media? Here’s what people are saying.

The case of cancellation

About a century ago, sanctions emerged on the world stage as an alternative to conventional warfare, an “economic weapon” designed to impose such a heavy burden on a country’s political elite that they would be forced to change his behavior. Although they are intended as a tool to be wielded by nation-states against other nation-states, they can also be levied – even at random – by non-state actors against other non-state actors, as we see now.

In the arts, Javier C. Hernández reports for The Times, Organizations face pressure from donors, board members, the public and social media users to fire Russian artists who do not distance themselves from Putin or speak out fervently enough against the war. Such campaigns are not without precedent, as some commentators have pointed out.

But checking artists for their beliefs and political ties raises difficult questions. “At what point does cultural exchange – always a blur between being a humanizing balm and a propaganda tool, a co-option of the supposed neutrality of music – become unbearable?” asks Zachary Woolfe, the Times’ classical music editor. “What is sufficient distance from authoritarian leadership? And what is enough disavowal, especially in a context where speaking out could threaten the safety of artists or their families? »

For the Russian-born pianist Igor Levit, the question is not so complicated. “Being a musician does not free you from being a citizen, from taking your responsibilities,” he commented on his Instagram account, adding the hashtag #StandWithUkraine. “To be vague when a man, especially the man who is the leader of your home country, starts a war against another country and in doing so also causes the greatest suffering to your home country and to your people are unacceptable.”

Others have argued that athletics is the best cultural theater to wage war on Putin. “Sanctions on Putin in the realm of games have unparalleled reach because they leave him sweating against the only audience he fears or really woos: Russians on the streets,” says Sally Jenkins in the Washington Post. “His brand of belligerent shirtless patriotism – his macho nationalism – has been a long scam, and it’s no small feat to knock him off the medal podiums and expose the elevators in his shoes, or snatch his judo belt and show the softening of his belly and, in turn, weaken his influence.

So far, the cultural backlash doesn’t seem to have done much to change Putin’s course – and may even play into his favorite narrative of Russia being victimized by the West.

Yet the longer the country’s cultural isolation persists, “the more likely these measures are to shatter the state narrative,” writes Yasmeen Serhan for The Atlantic. “While ordinary Russians can no longer enjoy many of the activities they love, including such everyday things as watching their football teams play in international matches, seeing the latest films and attending live concerts, their tolerance for their government’s isolationist policies will diminish.”

The risk of a new Russophobia

When you hold the people of a country accountable for transgressions of their political system, how do you decide who is right to punish? In the case of Russia, economist Tyler Cowen says you can’t.

“It is simply not possible to draw fair or precise dividing lines,” he writes in Bloomberg. “What about the artists who may have favored Putin in the more benign days of 2003 and are now skeptical, but have family members still living in Russia? Should they speak out?

Aside from the delicate moral calculus, the usefulness of these informal sanctions is still very uncertain. “None of these measures will reduce the lifespan of the war in Ukraine by a minute, let alone a day,” says Jack Schafer in Politico. “It would be a mistake to even proclaim these symbolic gestures because they really don’t symbolize anything significant about the war,” he adds, noting that only about 1.5% of all vodka consumed in the United States comes from Russia. .

At worst, critics warn that these cancellation campaigns directed at ordinary Russians could backfire. “Contrary to expectations, making life more difficult for the people can link them to leaders who blame outside interference,” writes Samuel Goldman, associate professor of political science at George Washington University. “Even when sanctions succeed in destabilizing the regimes they target, new dictators can come to power under conditions of economic collapse and social disorder.”

A potential increase in anti-Russian bigotry is another concern. Already in the West, the Washington Post reports, people of Russian ancestry or association are reporting an upsurge in discriminatory attacks, comments and denials of service from local businesses. In New York, some Russian restaurants have seen their clientele dwindle.

What might a more targeted informal sanctions regime look like? In Mondoweiss, Jonathan Ofir, an Israeli-born musician, suggests turning to the Boycott, Divestment and Sanctions movement, which calls – controversially, of course – for an end to the Israeli government’s occupation of Palestinian lands. captured in 1967, among other requests. . The BDS movement claims to reject in principle boycotts based on individuals’ identity, opinions or mere affiliation with Israeli cultural institutions. On the contrary, only those who represent the State of Israel or participate in Israel’s efforts to “rebrand” its occupation are subject to sanctions.

To the extent that action is taken against Russians with no apparent connection to their leader, “the BDS movement adopts a softer boycott than that which was applied to apartheid South Africa, and than that which is now easily applied to Russia,” Ofir says.

When it comes to Russian products, however, the biggest pressure point is fossil fuels, which are beyond the reach of the average person to boycott. President Biden took the striking step on Tuesday of banning imports of Russian oil and natural gas. But Europe, much more dependent on Russian energy, has yet to show the same determination and continues to pay Russia hundreds of millions of dollars for fuel every day.

From culture war to real war

As Kyle Chayka writes for The New Yorker, the invasion of Ukraine is by no means the first conflict to take place on social media. But this may be the first mediated war principally by content creators and live streamers rather than traditional news outlets.

As people and institutions watch war morph into content in real time, they respond to it as social media has led them: with arguably superficial displays of solidarity, pleas practice self-care, the reflexive lionization of political figures, Applause on Twitter (in one case, between the Russian and German embassies in South Africa), and a desperate desire to be – or at least appear – useful.

The cancellation of Russian cultural figures and products can be understood as a successive step in this familiar choreography. “It’s the globalization of moral outrage,” writes Times columnist Thomas Friedman. “It ranges from watching a short video online showing Russian soldiers firing on a Ukrainian nuclear facility to an employee posting this video on his Facebook page to a group of employees emailing their bosses or going to Slack – without asking their CEOs to do anything other than tell them they have to do something or they will lose workers and customers.

This decentralized response – “a sort of global ad hoc pro-Ukrainian resistance-solidarity movement,” as Friedman calls it – is arguably quite inspiring. But there is also a danger, Friedman warns: while nation states may choose to lift their sanctions at some point for realpolitik reasons, not everyone may.

“When Anonymous, the global hacker consortium, announced it was trying to take down Russian websites, it wasn’t by government order; he just acted on his own,” he wrote. “Who is Russia calling for Anonymous to accept a ceasefire?”

Do you have a view we missed? Email us at [email protected]. Please note your name, age and place of residence in your response, which may be included in the next newsletter.

“With the war in Ukraine, companies seem less wary of political engagement” [The New York Times]

“Boycott the Russians or not? In cinema and beyond, that is the question. [The New York Times]

Why Hyatt-branded hotels are still operating in Russia