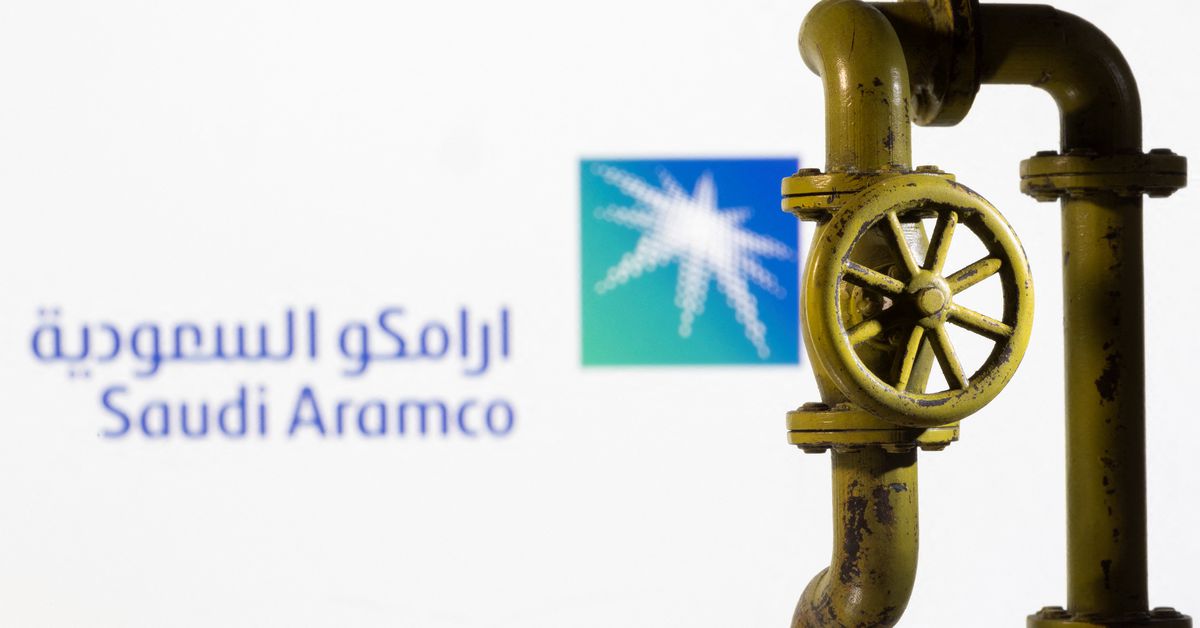 A 3D printed gas pipeline is placed in front of the Saudi Aramco logo displayed in this illustration taken February 8, 2022. REUTERS/Dado Ruvic/Illustration

The shares will reinforce the strong financial position and high credit ratings of the Public Investment Fund (PIF) over the medium term, the crown prince said in a statement. The fund is the prince’s vehicle of choice to transform the Saudi economy and diversify away from oil revenues.

The state remains Saudi Aramco’s largest shareholder after the transfer process, as it retains more than 94% of the company’s shares, according to the statement.

The transfer of existing shares would help increase PIF’s assets under management, which are expected to reach around 4 trillion riyals ($1.07 trillion) by the end of 2025, he added.

“This supports the PIF’s fundraising prospects internationally, including bonds, and could potentially support a future sale of Aramco shares in the future,” said Monica Malik, chief economist at Abu Dhabi Commercial Bank.

Saudi Aramco said in a statement that the transfer was a private transaction between the government and the public fund. “The company is not a party to the transfer and has not entered into any agreement or paid or received any proceeds from this transfer,” he said.

He said the move would not affect the number of shares issued or the company’s operations, strategy, dividend payout policy or governance framework.

He added that the transferred shares would rank pari passu with the other existing common shares.

Saudi officials had previously raised the possibility of sales of Aramco shares. The PIF did not comment.

The head of the sovereign wealth fund, Yasir al-Rumayyan, said last year that Saudi Aramco could consider selling more shares if market conditions were favorable, while the Wall Street Journal recently reported that the kingdom could aim a stake sale of up to $50. billion. Read more

“The PIF is Saudi Arabia’s primary vehicle for executing its 2030 vision, which suggests that this share transfer may involve further equity sales down the line to raise funds for the PIF to be reinvested. elsewhere,” said Yousef Husseini, associate director at EFG. Hermes, said.

Aramco shares are up just over 4% so far this year, valuing the company at $1.99 trillion, behind the world’s most valuable company, Apple Inc (AAPL.O) and Microsoft Corp (MSFT.O). The shares fell 0.7% to 37.05 riyals at the close on Sunday.

After a sharp drop in energy prices at the start of the pandemic, oil demand is approaching pre-Covid levels, with Brent crude trading around $94 a barrel amid concerns over the limited global supply.