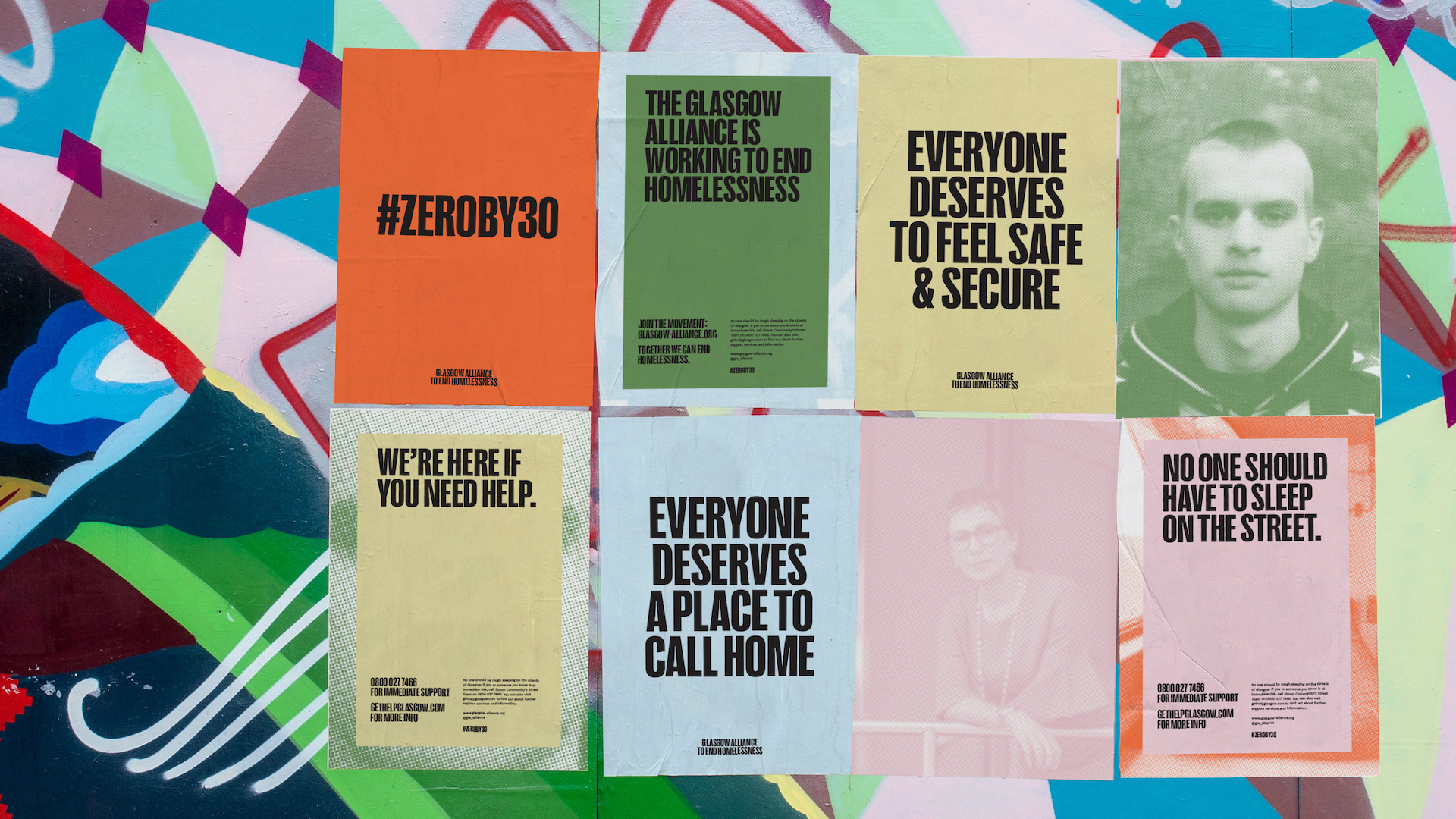 Tangent designed a new identity for Glasgow Alliance To End Homelessness, which was supported by a consortium of city partners.

The design studio says it has worked with the organization to help bring a deeper and more visible understanding of an issue that has long plagued Glasgow (and many other cities around the world).

The Alliance was founded in 2019 by Glasgow City Council and is made up of different local organizations who each pledge to “start a city-wide movement to end homelessness and roughness in Glasgow by 2030”.

Faced with the persistent and widespread dilemma of communicating effectively about social issues such as homelessness, the Alliance contacted Tangent to help find a solution. They needed branding and a campaign that could not only raise awareness, but push back against the clichéd campaigns and overused visuals typically found in the industry.

“People can be quite cynical when it comes to providing services to homeless people, and across the UK that’s a really big deal,” says Tangent co-founder David Whyte. “So one of the main points that the Alliance wanted to get across was that there’s something different about them, being that people with lived experience of homelessness are at the forefront of group – they were even part of the team that commissioned us to do this work. 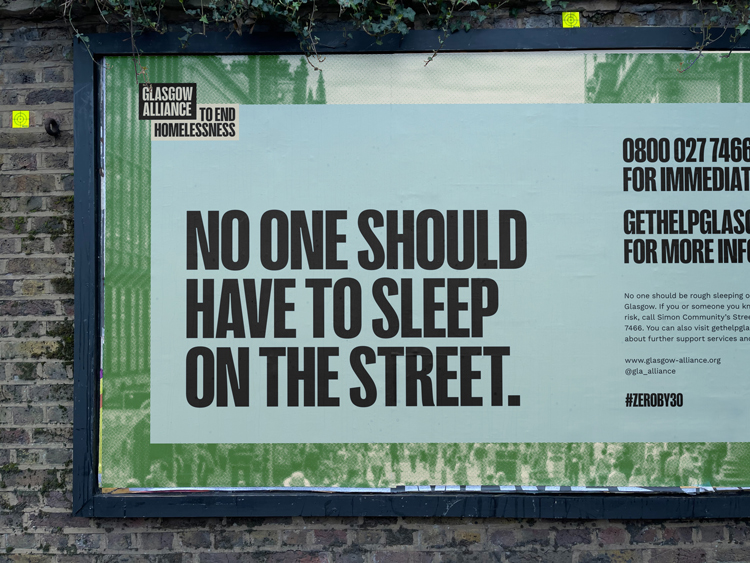 “The other important point was to destigmatize homelessness itself. Our branding therefore sought to explain much more clearly why people find themselves in these kinds of difficulties. We wanted to explore the hidden parts of the problem, such as homeless people who aren’t necessarily rough sleepers, and the small issues that everyone faces, such as job loss and missed bill payments, which can eventually lead to homelessness. ”

With its designer Sian Macfarlane spearheading the project, Tangent has developed an identity for the Alliance that highlights these more subtle aspects, profiling individuals with interesting points of view on the subject, capturing them with portraits raw and honest, and not afraid of both negative aspects. and positive outlook.

The latter was particularly important to Tangent, who were keen to balance the urgency and gravity of the situation with a more optimistic tone, inspiring hope and making change feel not only possible, but near. 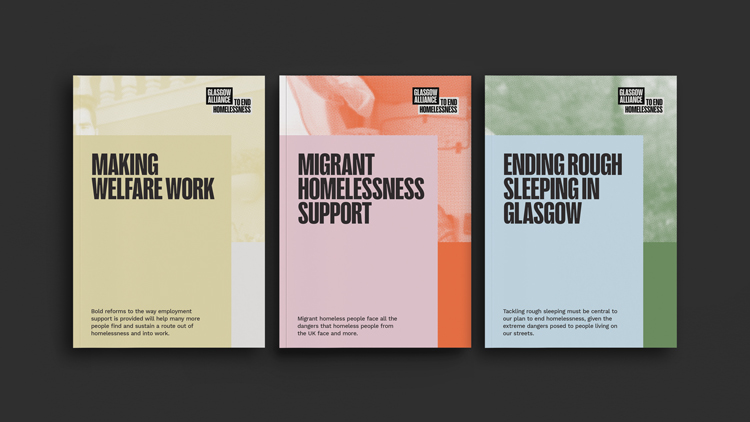 This was achieved in part through a bold color scheme that lightened the overall aesthetic without detracting from the important stories on display. This served to draw attention to the emotive messages and helped create a juxtaposition between OOH media and the more muted tones of city streets.

“We work a lot in these types of sectors, and it’s always crucial not to treat issues casually, but it’s also pointless to be pessimistic or pessimistic about them.

“In general, homelessness campaigns tend to be blunt enough to be hard-hitting, which can sometimes create fear and stigma. So we went for warmth and vibrancy instead, to talk about the idea that if we all come together we can do something about it,” says Whyte.

What do you think of the project? Let us know in the comments below.