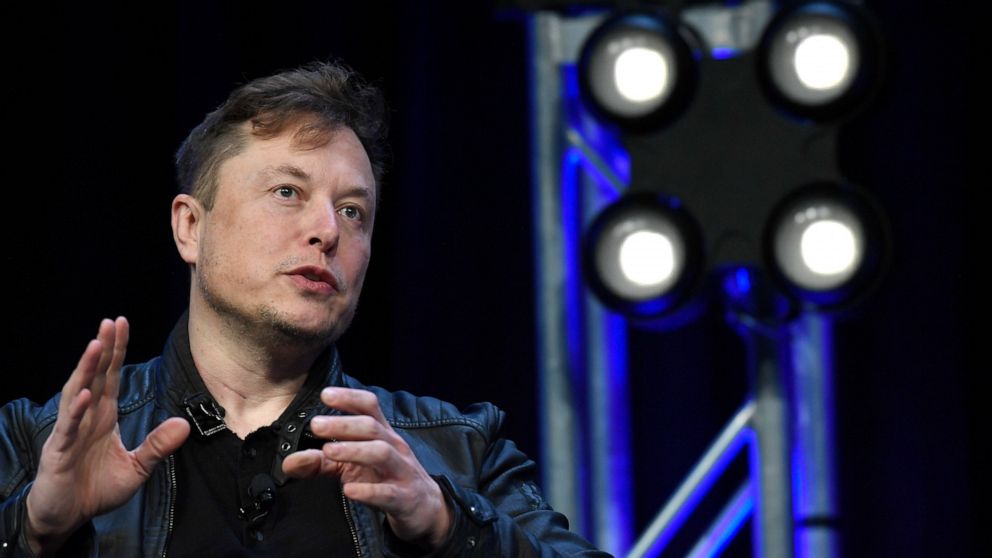 SAN FRANCISCO — Billionaire Elon Musk, one of Twitter’s biggest shareholders, is backtracking and will no longer join the company’s board of directors, less than a week after securing a seat.

Twitter CEO Parag Agrawal broke the news, which followed a weekend of tweets from Musk suggesting changes to Twitter, including making the site ad-free. Nearly 90% of Twitter’s revenue in 2021 came from ads.

“Elon’s appointment to the board was scheduled to become officially effective on 9/4, but Elon shared that morning that he will not be joining the board,” Agrawal wrote in a reposted memo originally sent to Twitter employees. “I believe it’s for the best.”

Agrawal did not explain Musk’s apparent decision. He said the board understands the risks of having Musk, who is now the company’s largest individual shareholder, as a member. But at the time, he “felt that having Elon as a trustee of the company, where he, like all board members, had to act in the best interests of the company and all of our shareholders, was the best way forward,” he wrote.

Just a week ago, regulatory filings revealed that Musk had quickly amassed a slightly over 9% stake in the social media platform. The mercurial billionaire had bought shares in almost daily batches starting on January 31. Only the Vanguard Group’s suite of mutual funds and ETFs controls more Twitter stock.

Twitter quickly gave Musk a seat on the board on the condition that he own no more than 14.9% of the company’s outstanding shares, according to a regulatory filing.

Now that Musk has walked away from the deal, he’s free to build a bigger stake in Twitter, perhaps to try to take over the company or push for a new slate of directors to change direction.

“If you want to take over a company, you’re usually in a better position not to be on its board,” said Harry Kraemer, clinical professor at Northwestern University’s Kellogg School of Management.

Indeed, the responsibility of a board member is to obtain the best value for all shareholders of the company.

“Being on a board has a very specific responsibility to make sure you’re not doing something for your own personal benefit,” said Kraemer, also a former chairman and CEO of Baxter International.

In a regulatory filing on Monday, Musk said he had “no predefined plans or intentions” about how to use his influence on Twitter, but he could discuss with his board and his direction of its thoughts on potential business combinations, strategy and other matters. He added that he could express his views “through social media or other channels”.

Had Musk served on the board, it might have discouraged him from rocking the boat too much, said Chester Spatt, a finance professor at Carnegie Mellon University and former chief economist at the Securities and Exchange Commission. United States.

“There’s an old cliché about keeping someone inside the tent,” Spatt said. “There were advantages to having him constrained a bit.”

While Musk has been one of Twitter’s loudest critics, the sudden withdrawal of the board, which became official on Saturday, could signal that relations between Musk and Twitter will become more acrimonious.

“At some point he might fire the directors, he might replace the board,” Spatt said. “He could probably kick this off with his current 9% stake and potentially be very successful.”

In a letter to employees announcing Musk’s departure, Agrawal wrote, “There will be distractions ahead, but our goals and priorities remain unchanged.”

Shares of Twitter Inc., which jumped nearly 30% after Musk’s stake went public last week, rose 2.8% on Monday after swinging between gains and losses throughout the morning.

Musk’s 80.5 million Twitter followers make him one of the most popular figures on the platform, rivaling pop stars like Ariana Grande and Lady Gaga. But his prolific tweets have sometimes gotten him in trouble.

In a famous example, Musk apologized to a British caver who alleged Tesla’s CEO called him a pedophile by calling him a “pedo” in an angry tweet – then deleted. The Explorer filed a libel suit, though a Los Angeles jury later cleared Musk.

He’s also been locked in a long-running dispute with the SEC over his Twitter activity. In 2018, Musk and Tesla agreed to pay $40 million in civil fines and for Musk to have his tweets cleared by a corporate lawyer after he tweeted that he had the money to take Tesla private at $420 a share. . That didn’t happen, but the tweet sent Tesla’s stock price skyrocketing. His lawyer argued that the SEC violated Musk’s free speech rights.

Musk’s latest issue with the SEC may be his delay in telling regulators about his growing Twitter stake.

Musk, before changing course on the board seat, sent out a number of tweets over the weekend referencing potential changes on Twitter.

Many of them — like his proposal for an ad-free Twitter or turning the social media company’s San Francisco headquarters into a homeless shelter — have since been taken down.

Musk then posted a few cryptic tweets on Sunday evening, including one showing a meme saying, “In all honesty, your honor, my client was in goblin mode,” followed by another saying, “Explains everything.” Another tweet, later, was of an emoji with a hand over its mouth.

Musk has described himself as a ‘free speech absolutist’ and said he doesn’t believe Twitter upholds the principles of free speech – a view shared by Donald Trump supporters and a number other right-wing political figures who had their accounts suspended for violating Twitter’s content rules.

The Twitter CEO and many of his board members had publicly praised Musk last week, suggesting they might take his ideas seriously. But the company had made it clear that as a board member he could not make day-to-day decisions or change policies, such as overriding Trump’s ban.

Agrawal’s initial actions since taking over from co-founder Jack Dorsey in November have been to reorganize divisions without making major changes. The company has long lagged its rivals on social media and has far fewer users.