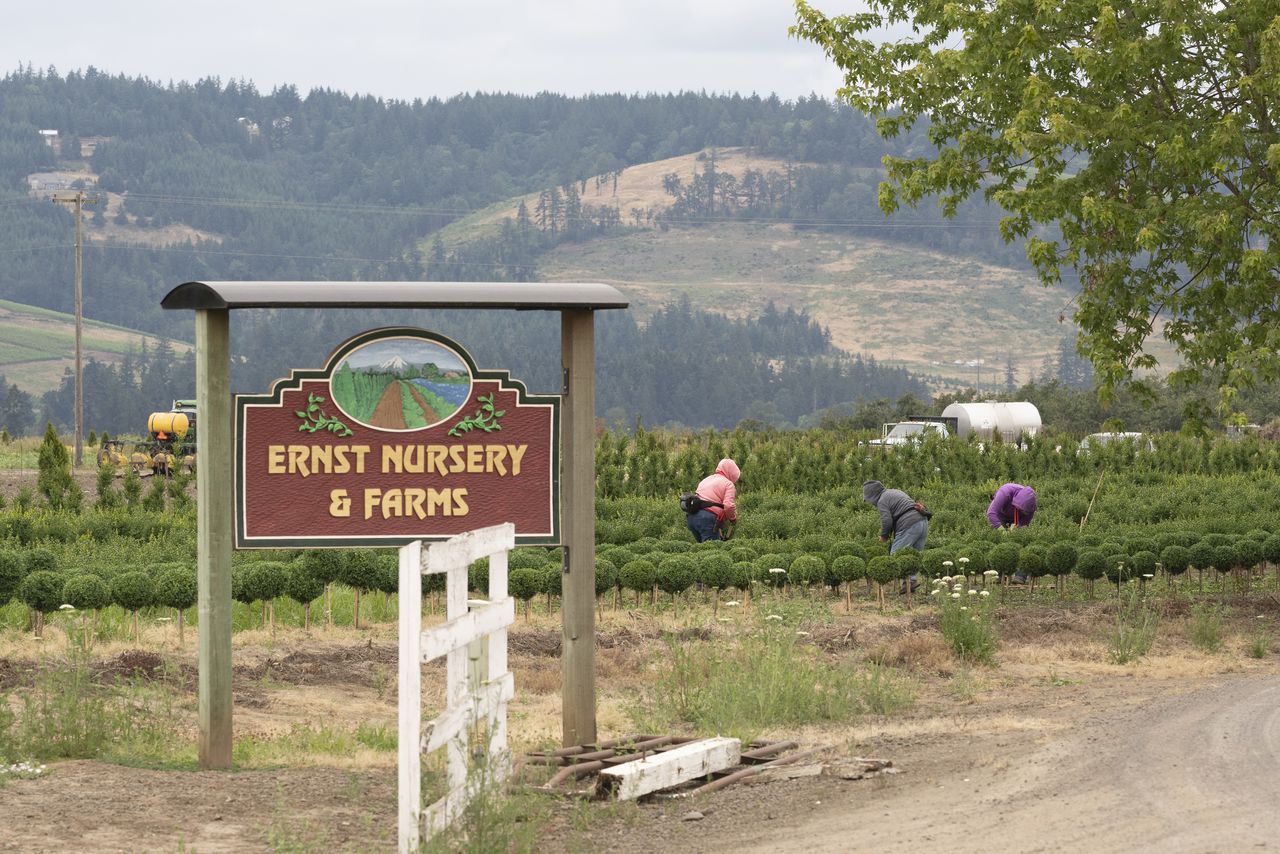 A Marion County farm and a labor contractor who are under investigation by the Oregon Workplace Safety Agency following the death of a farm worker on Saturday both have previously cited for work violations.

Oregon’s division of occupational safety and health, known as Oregon OSHA, opened an investigation into Ernst Nursery and Farms and Brother Farm Labor Contractor this week after a Guatemalan man recently arrived in the States. -Unis died while working in the fields at St. PÃ©piniÃ¨re Paul.

Ernst Nursery and Farms had already been cited in 2014 for not providing water to its workers.

Oregon OSHA opened an investigation on the farm in September 2014 after receiving a complaint.

Through an on-site inspection, Oregon OSHA confirmed that the farm was not providing water to its workers. Instead, workers had to bring their own water from home, which limited the amount of water they could access during the day.

OSHA Oregon issued a citation to the farm, but chose not to impose a fine.

The agency also reported that no toilets were available for workers when they arrived for inspection, but farm officials told them that a trailer with a toilet had been parked in error at the wrong place. The state agency did not name the company for this issue.

Prior to 2014, Ernst Nursery and Farms had been cited twice by Oregon OSHA in 2007 and 2010 for repeatedly failing to publish information about pesticides used on the job site and the locations and contact details of medical care facilities in the area. local emergency. In 2010, the farm was fined $ 305 for repeatedly failing to display this information and for failing to provide workers with an eyewash when pesticides were used that could cause irreversible eye damage.

A person who picked up the phone at Ernst Nursery and Farms on Thursday said the company would not comment on previous quotes.

Oregon OSHA has also conducted two inspections in the past year in response to complaints at farms where laborers hired by Brother Farm Labor Contractor were employed, but the agency only cited the labor contractor to following either of these surveys.

However, Andres Pablo Lucas, owner of Brother Farm Labor Contractor, was fined $ 7,737 last year by the wages and hours division of the United States Department of Labor for failing to register. as a labor contractor and failing to provide workers with information on accidents at work.

Pablo Lucas began operating the business in July 2020, but did not receive the appropriate federal registration required to operate legally until September. However, the company’s federal and state registration was active when the farm worker died last Saturday.

Pablo Lucas declined to comment on the US Department of Labor violation.

The man who died on Saturday was working on a shift moving irrigation pipes and was found unconscious in the field at the end of his shift, according to Oregon OSHA. The agency listed his death as heat-related in its preliminary description of the incident.

Temperatures in St. Paul reached 104 degrees on Saturday as Oregon entered an unprecedented heat wave. The heat wave came as Oregon OSHA is considering new rules to protect workers in extreme heat. Across the state, thousands of farm workers remained at work over the weekend despite record temperatures.

The Oregon OSHA investigation into Saturday’s death could take up to four months.

What is a jersey worn by Jarod Lucas worth? With the doors of NIL recipes open, the Oregon State Guard will find out

UK – Jobs are above pre-Covid level