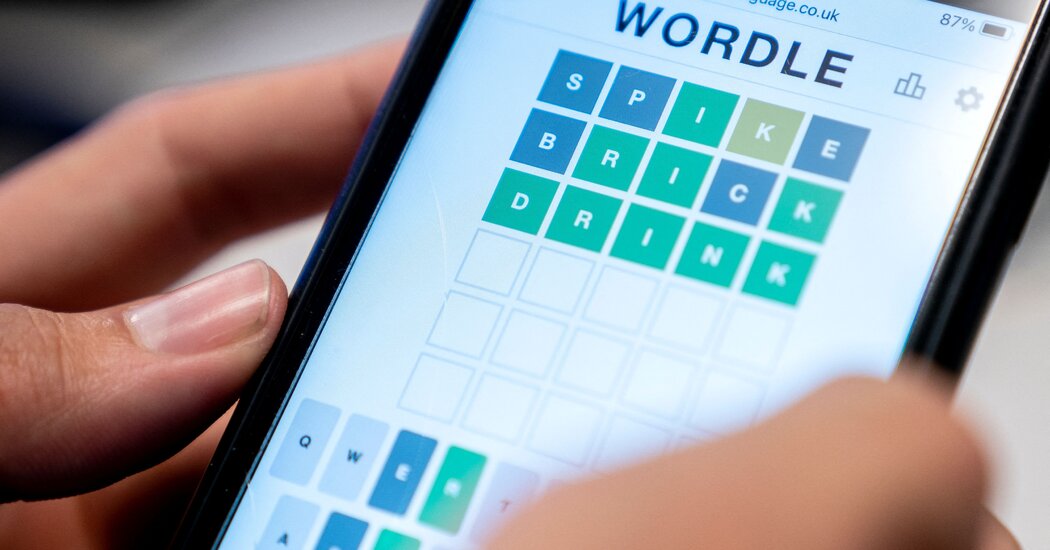 Sudden hit Wordle, in which once a day players have six chances to guess a five-letter word, was acquired by The New York Times Company.

The purchase, reported by The Times on Monday, reflects the growing importance of games, like crosswords and Spelling Bee, in the company’s quest to grow digital subscriptions to 10 million by 2025.

Wordle was acquired from its creator, Josh Wardle, a software engineer in Brooklyn, for a price “in the seven figures”, the Times said. The company said the game will initially remain free for new and existing players.

Wordle – the name is a cheeky pun on the name of its creator – has enjoyed a meteoric rise. It first appeared on a no-frills, ad-free website in October and had 90 users on November 1. That number jumped to 300,000 by the middle of this month, and now millions are playing the game daily, according to the Times announcement. .

“The Times remains focused on becoming the essential subscription for anyone English-speaking seeking to understand and interact with the world,” a statement from the company read. “The New York Times Games are a key part of that strategy.”

Since the Times implemented a paywall in 2011, its business strategy has been to persuade readers and users, the overwhelming majority of whom obtain The Times’ digital content, to purchase subscriptions. The traditional newspaper business model is centered around advertising.

The Times sells subscriptions to its print newspaper and its main digital news app. For lower prices, it also offers subscriptions to a games app (Games), a recipes app (Cooking) and, since last year, Wirecutter, a product recommendation site that The Times bought in 2016. This month, The Times spent $550 million. to buy sports news site The Athletic, hailing the 1.2 million subscribers the site brings with it.

The business strategy was justified in the amount of millions of new subscribers. In November, the Times said in a report on the results that it had nearly 8.4 million. (Its next revenue report is due out on Wednesday.) In December, The Times reported that Games and Cooking each had more than a million subscribers.

The Times games – along with crossword puzzles and Spelling Bee, they include Letter Boxed, Tiles and Vertex – were played more than 500 million times last year, the company said.

Mr Wardle told a Times reporter this month that he started Wordle after he and his partner “got really immersed” in The Times crossword and spelling games during the pandemic.

“The New York Times games play a big part in its origins,” Mr. Wardle said in the company’s statement, “and so this step feels very natural to me.”