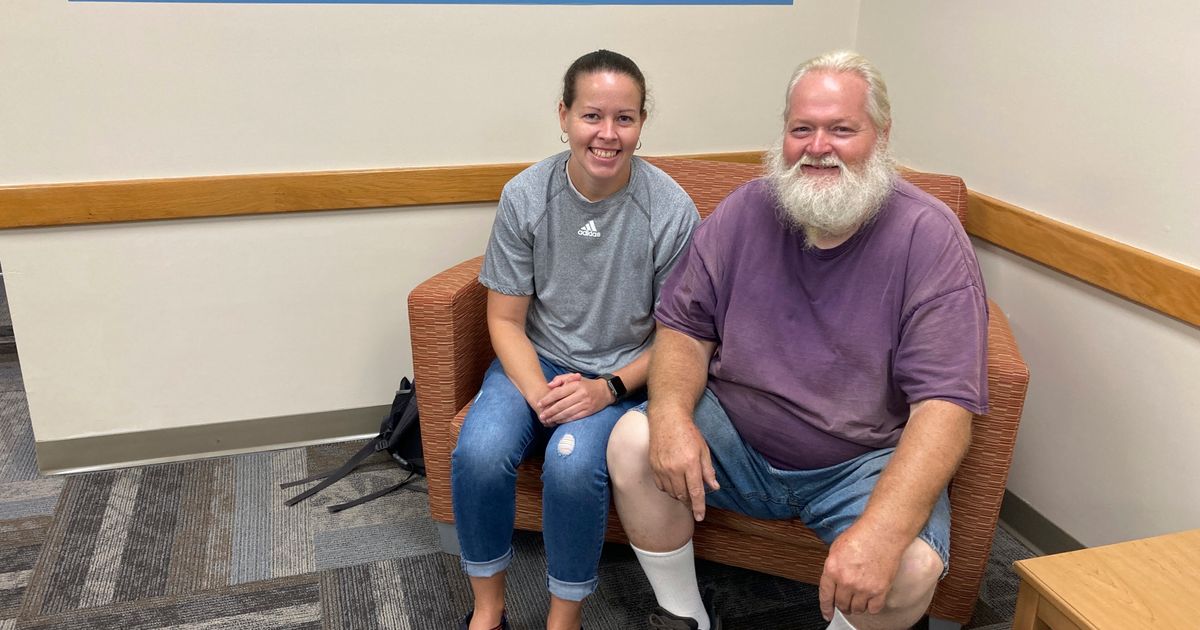 ABINGDON, Virginia (AP) – For 26 years, Ernest Ray worked at a company in southwest Virginia that made compressors, in a physically demanding job that involved night shifts in a factory. When the plant closed in 2018, Ray applied for and received approximately $ 9,000 in unemployment benefits.

Three years later, Ray fights the Virginia Employment Commission in court as the agency tries to recover the money. It’s a case that Ray’s pro bono lawyer says exemplifies the ethics of a radically dysfunctional agency.

The agency has been under close scrutiny for a year and a half for a response that by some measures was among the worst in the country to an increase in jobless claims due to the coronavirus pandemic. But cases like Ray’s, interviews with attorneys, and state audits show the agency was plagued by a wide range of issues for years before the pandemic; they were simply brought to the fore when hundreds of thousands of workers suddenly needed help.

Republican Gov.-elect Glenn Youngkin campaigned on the promise to overhaul the agency, and Virginia Labor Secretary Megan Healy, who now oversees it, also said some issues were structural. She says the agency has long lacked sufficient resources thanks to a complicated federal funding formula that pays less when the economy is strong and has also penalized the agency’s inefficiencies. External reviews have warned of problems dating back nearly a decade, including major case management issues, low staff morale and messy facilities.

During the pandemic, the agency fell behind in implementing some benefit programs and allowed backlogs to build up, resulting in a class action lawsuit. An eight-year-overdue information technology modernization project made matters worse, leaving callers dependent on physical mail and call centers which, according to a recent audit, still answered only 12% of calls. .

Virginia, which has relatively limited benefits, also has extremely low beneficiary rates among the unemployed – with the third-lowest average rate in the country in the past two decades, according to the audit.

“The system is just broken. There’s no other way to describe it, ”said Martin Wegbreit, director of litigation at the Central Virginia Legal Aid Society.

For Ray, the struggles with the agency began long before it was inundated with claims related to the pandemic.

Deaf from birth, Ray has spent decades building complicated machinery at Bristol Compressors. During his shifts, he wore safety glasses, gloves, an apron and steel-toed boots that sometimes got even heavier when soaked in coolant, Ray said in an interview, with his niece as an interpreter.

A former colleague, David Woodring, called him an honest “gentleman” and “high-end man” who never lacked work and did a job that required a lot of skill.

Ray made about $ 36,000 a year in his last year at the company, which closed despite millions of taxpayer-funded incentives. Ray’s salary qualified him as $ 378 per week for 24 weeks, according to records in his case.

Ray, who is 57, with worn hands and a large white beard, began receiving these benefits without a problem, began looking for a new job, and drove about 30 miles each way to a commission office. employment in Bristol to comply with the state’s weekly job search documentation requirements. He didn’t have a computer to do the paperwork online.

When her benefits expired in May 2019, staff asked her, for reasons that are not clear, to continue to release details of her job search. Ray then missed a week due to a minor illness. After producing a doctor’s note, he received a notice saying he had been found unable to work – a claimant must be eligible to work to receive benefits – “for medical reasons” and that he had received his payments. by mistake. The state wanted the money back.

O’Donnell, a former executive director of a legal aid clinic, said it all made no sense. The doctor’s note, which is included in the lengthy record of the case, expressly stated that Ray was not incapacitated.

Ray appealed, but did so three weeks late, according to his lawsuit. Fluent in only American Sign Language, he had difficulty reading the fine print of the agency’s notice and understanding bureaucratic language.

Ray’s case has since made its way into the employment board appeal process. At every stage, the state fought him on the basis of his late appeal, not on the merits of the case. The commission never explained its reasoning for seeking the refund, O’Donnell said, accusing Ray at one point of alleged lack of diligence.

Labor Secretary Healy and senior commission officials have defended the work of agency employees, who have faced an unprecedented wave of nominations amid the pandemic, changing federal guidelines and confrontations, including death threats from angry individuals.

Despite the flood of complaints related to the commission, state officials have so far shown little appetite to push for sweeping reforms.

A scathing audit released by a watchdog agency this month made 40 recommendations for change and criticized incumbent Democratic Gov. Ralph Northam’s administration for waiting too long to resolve issues as pandemic claims were increasing. He also noted weak oversight from the Federal Ministry of Labor and urged the General Assembly to do more.

Youngkin, who takes office in January, has vowed that an agency overhaul will be a top priority, but has so far not disclosed any details on where he is going.

Ray and his niece say he hasn’t been able to find another job, in large part because of his deafness. He is now coping with Social Security disability benefits which started long after his unemployment benefits ended.

He said he didn’t have the money to reimburse the state and was constantly worried about his case.

“I lost my job and it’s like something that should have been in place to help me find something else turned into a bigger mess,” he said. .