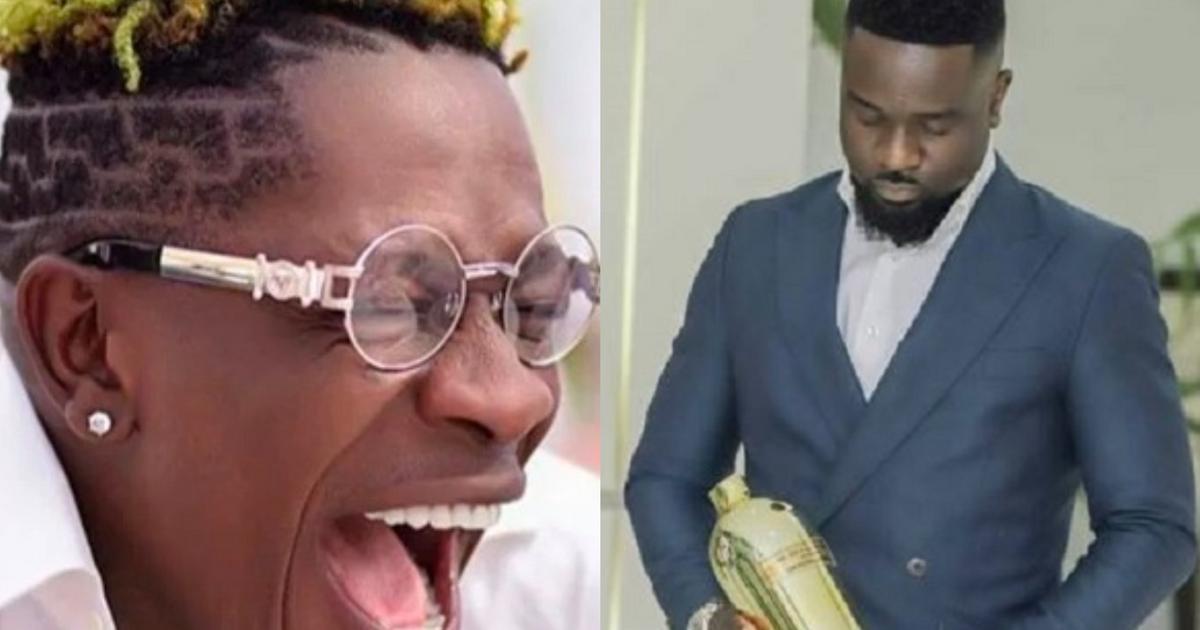 The award, which was organized by ‘Dr’ Kwame Fordjour and labeled as a UN-backed award, was later found to be fraudulent.

Speaking to KalyJay on Twitter Spaces on Friday, Shatta Wale brought up the topic of branding and made a joke on Sarkodie’s fan base.

“Branding has taken people to places. But let me tease the little Sark nation, you people score too much. The brand image made them give a bottle [as award], ” he joked, making the audience explode into laughter.

Meanwhile, Shatta Wale also encouraged the LGBTQ + community in Ghana to live life to the fullest despite pressure from the majority of lawmakers to pass the anti-LGBTQ + bill.

Reacting to the bill, hitmaker “Ayoo” said he did not discriminate against the LGBT community and that his fan base was made up of gays and lesbians.

“I have fans who are lesbians, I have fans who are gay. I love gays. Recently I was [inaudible] by homosexuals. I was like, wow, ‘this guy is my best friend.’ Do you understand what I say ? I don’t discriminate. I get angry with issues like this because our leaders are traveling out of the country and everything is fine there ”, he said.

“We want to go to Europe, America and elsewhere… the world is developing. No one should sit on anyone’s freedom. That’s why sometimes when I do certain things and people blame me I just think “yo, I wanna feel free”.

Shatta Wale added: “If the government has difficulty in making a decision on [anti-LGBTQ+ bill], that’s their problem. I will tell all the gays or lesbians around the world who feel free and live their lives. Let’s listen to some great music. Shatta Wale loves you all. We shouldn’t worry about the system. Do it because the system doesn’t even help musicians.

Hit maker “Melissa” made the above statement during Friday’s Twitter Spaces hosted by KalyJay.

Glenn Youngkin: Who is the Republican candidate for governor of Virginia?